When in doubt, launch an Android tablet. 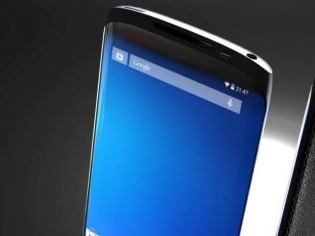 Sony has finally broken its silence about what we can expect from its booth at the Mobile World Congress (MWC 2015). The Japanese technology has begun its usual teasers before this year’s MWC, set to begin in a few days from now.

The tweet from the official handle clearly shows an image of the new tablet. It mentions that the newest addition to its tablet family will be “slimmer, lighter, brighter”.

We have plenty of expectations for the Xperia Z4 Tablet Compact this year.

Rumours state that the tablet will pack in some new silicon, while the screen gets bumped up to 2K resolution.

Slimmer. Lighter. Brighter. All will be revealed on 02.03.15. #Xperia #SonyMWC pic.twitter.com/VHW7q52Ywx

Apart from that we have a leaked image that showed up on Sony’s Xperia Lounge website, and was quickly taken down.

Seems like not much has changed from what we have seen from past leaks and rumours. Let’s hope that Sony comes out with something refreshing, if not with the hardware, then at least with its software.

Lastly, we recently got news that VAIO will be announcing a smartphone on the 12th of March.

So is this year’s MWC the company’s final goodbye with smartphones? Or will we be seeing more?

We will know in a few days from now.