Not only provides more space, but is energy efficient as well. 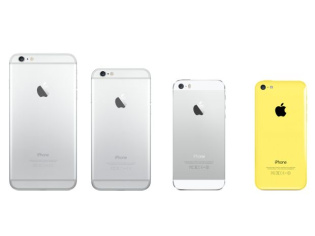 Samsung seems to be on an innovation spree lately and today’s announcement does not fall short as well. The Korean technology giant unveiled advanced 128 GB UFS 2.0 flash memory modules for premium devices that it claims will allow manufacturers to get rid of the memory card altogether.

UFS 2.0 flash memory will basically replace eMMC 5.0 memory found in today’s high-end smartphones. The memory will act as the internal memory and Samsung has made the module available in a number of capacities including 128 GB, 64 GB and 32 GB options.

Command Queue technology that comes built-in in the new embedded memory, accelerates the speed of command execution in SSDs through a serial interface.

The end result is a stunning 19,000 input/output operations per second (IOPS) for random reading, which is 2.7 times faster than the most common embedded memory for high-end smartphones today.

Apart from the speed, the new embedded flash memory modules utilize 50 percent less energy while delivering random read speeds that are 12 times faster than that of a typical memory card.

Indeed Samsung had not forgotten about its ePOP solution, which was announced recently. Using the same, the new UFS 2.0 flash memory can piggyback onto an AP (Applications Processor) making more space for other components.

This is essential, considering how much manufacturers struggle to take advantage of every millimetre of space in their smartphones these days.

Since the chips have already entered production, let’s hope that Samsung is a bit generous and offers the same in the upcoming Samsung GALAXY S6; to be unveiled a few days from now, at the MWC 2015.