Microsoft May Announce A Lumia 635 With 1 GB Of RAM | TechTree.com

Microsoft May Announce A Lumia 635 With 1 GB Of RAM

Seems like the company is going to have issues with 512 MB RAM devices and Windows 10. 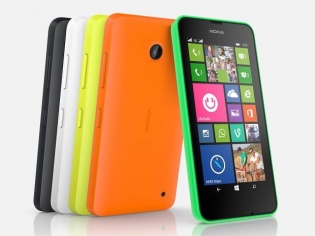 Hungary’s Telenor (carrier) seems to have shown off another version of the popular Lumia 635/Lumia 630 handset. The new handset as shown from the listing, sports a whole gigabyte of RAM, instead of the 512 MB on older models. So is Microsoft going to give older devices the boot with Windows 10?

In short, the answer is no. Microsoft will not phase out older devices with 512 MB RAM simply because it is a indeed a large user base, that the company would not want to loose out on.

As Microsoft’s quarterly app reports point out time and again, the massive chunk of Windows Phone users comes from devices with low RAM, so yes, it will not happen.

The listing clearly mentions a Lumia 635 with 1 GB of RAM.

Recently launched handsets in Microsoft’s stable do tell us another story though, it could indicate that Microsoft is looking at 1 GB of RAM as the new standard.

While nowhere is it mentioned that Windows 10 for mobile will run on 1 GB RAM devices only, it is safe to assume that in order to accomplish more for its platform, the company has already begun upgrading its handsets to 1 GB of RAM as the minimum.

Microsoft recently launched the Lumia 435 and Lumia 535 budget and entry-level smartphones, that even at lowest price tag sport 1 GB of RAM. The company even seems to have sacrificed on the camera bits (using a fixed-focus camera unit) to keep the pricing right, while maintaining the RAM at 1 GB.