The 1st Generation Moto X Will Get The Android Lollipop Update | TechTree.com

The 1st Generation Moto X Will Get The Android Lollipop Update

Things look a bit dicey after the response from Motorola support. 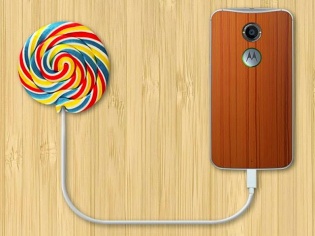 Motorola did promise that all of its recently announced handsets including the Moto X (1st Gen) would be getting their respective Android Lollipop updates. While it has been a rocky road so far, at least some of the company’s handsets have received the much-awaited upgrade to Android 5.0+.

Still then there was clearly no news about the 1st generation Moto X’s firmware update, which is still sold in India by Motorola.

In a conversation with Motorola Support on Twitter, the reply to the curious owner did not seem too promising.

What we now know is that the smartphone maker is working on the Android Lollipop update. But there are problems with optimisation, this is especially because the Qualcomm Snapdragon S4 SoC is and was dated even at launch.

While the chipset does pack in a punch, we are pretty sure that the 2 GB of RAM will be sufficient to run Google’s latest and greatest mobile OS.

As for when it will get the update? That is a question only Motorola will announce hopefully in the coming months.