Home » Mobiles » Leaked: HTC A55 Sporting MediaTek Innards To Be Unveiled At MWC

Leaked: HTC A55 Sporting MediaTek Innards To Be Unveiled At MWC | TechTree.com

Leaked: HTC A55 Sporting MediaTek Innards To Be Unveiled At MWC

Seems like this was the premium HTC One M9 with a MediaTek SoC we were looking for. 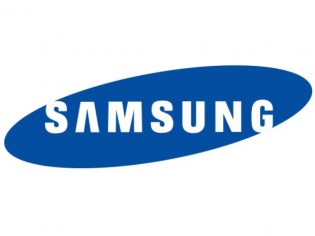 While we have had plenty of HTC One M9 leaks so far, there has indeed been very little information about the M9, that is supposed to sport a MediaTek chipset inside. Today, we finally get new details about this very handset and aside from a MediaTek chipset, everything inside is pretty much flagship.

The A55 as leaker @upleaks puts it, belongs to HTC’s Desire line-up. The smartphone is not exactly flagship, but sports a premium finish that comes pretty close to its flagship line-up. More so, the handset seems to be the replacement of the now cancelled HTC One M9 Ace that was supposed to make an appearance at the MWC earlier.

Apart from the looks, the handset's internals are pretty interesting:

On the software side of things we get Android Lollipop considering that the handset comes with a layer of Sense 7.0 along with BoomSound and much more.

HTC's A55 will launch with its own DotView case and will come in single and dual SIM variants for EMEA markets and dual SIM variant for Asian markets. As for the colour options, there are plenty of choices with white, Rose Gold, grey and Brown Gold which we assume will come with an all metal-build.

The MWC is edging closer and we indeed cannot wait to see these handsets show up in the flesh. We recently came to know that HTC similar to Sony and Apple will unveil two versions of its flagship One M9 this year, with the bigger handset tagged as the One M9 Plus.