Delivers not just email, but a connected experience thanks to file sharing and even a calendar. We must say that the app has been designed pretty well. The Android version incorporates Google’s Material Design hues, while the iOS version looks spot on and even includes a landscape mode for the iPhone 6 Plus. 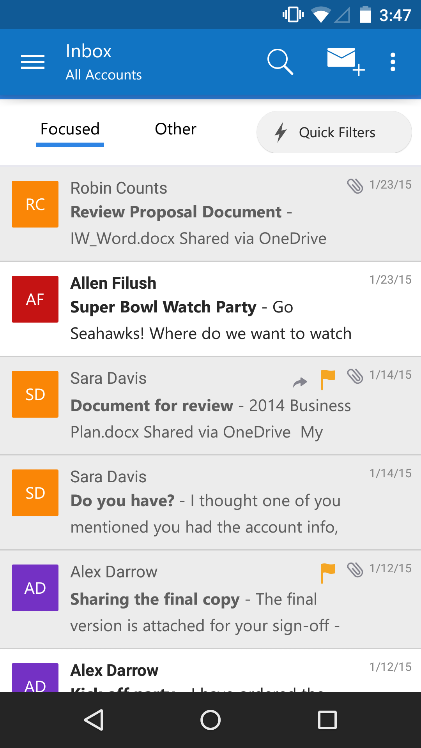 Everything is minimalist at best and Microsoft seems to have taken a lot of interest in delivering that native look and feel for both Android and iOS platforms.

Microsoft wants you to leave your native email and calendar apps aside (from iOS and Android) and move to its offering, simply because its provides a connected experience (especially for iOS).

Coming from Android there is not much in here that can always be achieved from other third party apps. In the case of iOS, which is more of an “every app for itself” environment, the app indeed makes a lot of sense. 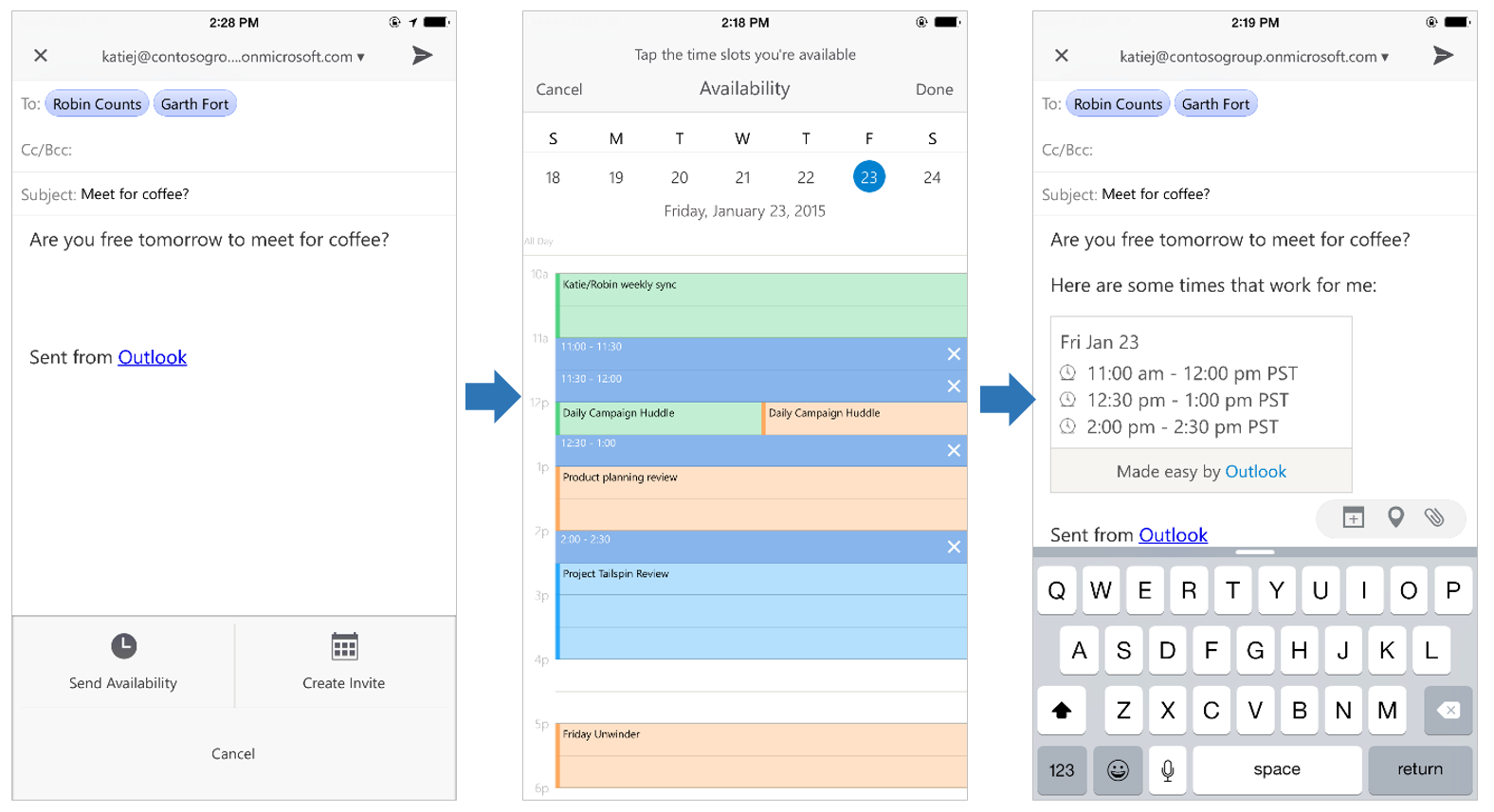 Still then, there are a couple of cool new features that may convince you to give the app a shot. One them is the compose menu that will allow you to add schedules from the Outlook calendar directly onto your email. Microsoft seems to have taken things ahead and even included a location tag (similar to WhatsApp) that will actually allow you to add your current location on the mail. More so the app also has a files section where you can add files from cloud accounts such as Google Drive, OneDrive and iCloud.

Apart from the above, everything else is all about reducing the number of taps it takes to get things done. This applies more to iOS, due to the lack of sharing support within apps. Microsoft Outlook in short will reduce the need for you to juggle between your calendar, email and could storage by building them all into one app.

Clearly, Microsoft did a great job and delivered the goods way too much in advance. We are pretty sure Windows Phone owners will be furious at the move, but hopefully Microsoft delivers everything and more to keep them happy with Windows 10.