Leaked: BlackBerry Rio Is An Upgraded Z3 With A Decent Asking Price | TechTree.com

Leaked: BlackBerry Rio Is An Upgraded Z3 With A Decent Asking Price

The device is targeted at power users on a budget. 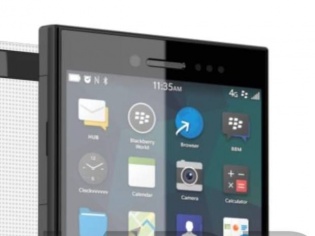 Now that the BlackBerry Classic is official, it is time for another smartphone to take its place in the rumour mill. Though this time around we get something that looks sane (compared to the Passport) in the form of a device called the Rio.

One long, hard look at the BlackBerry Rio and you will be convinced that the smartphone is a successor to the budget BlackBerry Z3. The design looks a lot similar with the dimpled back, speaker grill and the camera set up with a longer frame compared to the Z3. The same can be said about the hardware specifications of the smartphone: As for the pricing of the BlackBerry Rio, the source states that it will cost in the range of 300 USD (approx Rs 19,000), which sounds pretty decent for those looking for feature packed BlackBerry smartphone sans a keyboard. There is no news about where this device will be available but we can be pretty sure that it will make it to India, keeping in mind the attractive pricing.