While the iPhone 6 Plus recieved the “best-performing LCD” Samsung seems to have pulled off an overall winner with its OLED tech. 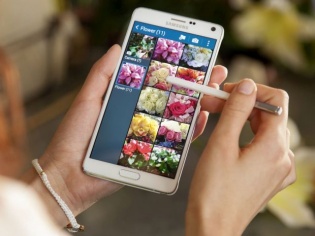 Samsung has indeed been the centre of criticism for long when it came to its Super AMOLED displays. The company was know for their over-saturated displays that clearly never got colour palettes right even with the addition of a Display Mode in its newer smartphones that let the user tweak its displays for a less-saturated and realistic viewing experience. After all those years of criticism, Samsung finally seems to have pulled off a winner with its GALAXY Note 4, which has now won Display Mate’s ‘Best of the Best’ title after being put under the scanner and being compared with some worthy competitors.

Those worthy competitors would include the Microsoft Surface Pro 3, Amazon’s Kindle Fire HDX 8.9, the Apple iPhone 6 Plus, the Apple iPad Air 2 and its Samsung’s very own GALAXY Tab S 10.5. The Note 4 won the Full Gamut and White Point colour accuracy tests while it was set on basic mode. This was done on purpose even though Display Mate preferred Samsung’s Photo Pro mode better.

Apple’s screens were not too far behind which is surprising since most people swear by them. The iPad Air 2 came in second with the iPhone 6 Plus coming in third for the Skin Tone and Organic Colour accuracy tests.

Samsung’s very own GALAXY Tab S 10.5 came in second as well for the Full Gamut and White Point colour accuracy tests, while Microsoft’s finest lagged far behind in the same.