Lenovo To Launch The VIBE X2 In India On November 6 | TechTree.com

Lenovo To Launch The VIBE X2 In India On November 6

The smartphone maker seems to be making no delays for launching its flagships in India. 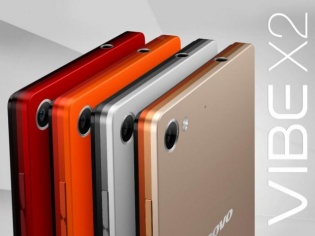 Lenovo has begun sending out invites to the Indian media inviting the press to a mystery event. Since the VIBE Z2 is already out in the wild, it makes sense to believe that the invite is for the Vibe X2 smartphone, more so because of the sandwiched colours that are on the invite.

The VIBE X2 that was announced a few months ago at the IFA is truly something refreshing and new in the world of Android smartphones. And the design is functional as well. The layered design not only makes it thin and light but also allows for the addition of accessories, that allow you to enhance the features by adding enhancements like a battery slab or a speaker slab that are available at an extra price. As for the specs: We have no clue whether Lenovo will make the accessories available at launch, but since it is such an integral part of the device, we could expect them to make an appearance at the most.