The handset is an exact replica of the recently announced K920 phablet. 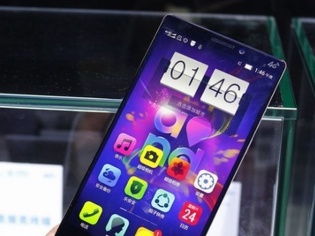 Lenovo has once again announced the monster K920 smartphone albeit with another name for the global market. The handset will go with the Vibe branding has been named as the Vibe Z2 Pro, which falls in line with previous leaks.

The handset is of course an exact replica of the K920 which was indeed a monster of smartphone. A gigantic 6 inch display Quad HD (2560 x 1440 pixel) display is powered by the top of the line quad-core Snapdragon 801 (8974AC) processor coupled with 3 GB of RAM and 32 GB of internal memory.

On the outside we find the same 16 MP camera unit with an LED flash and optical image stabilization (OIS) with a pro mode for advanced users. Even the selfie-conscious will be happy here with a 5 MP front-facing unit. Powering all of the above is a large 4000 mAh battery (clearly the 6 inch frame has lot of space to spare) all of which is encase in a metal body that is just 7.7mm thick (Samsung could learn a lot here).

The Vibe Z2 Pro will come in Titanium, Gold and Black and will be available starting September. Indeed the company would be pitting it against Samsung’s GALAXY Note 4, the launch of which we just confirmed for the 3rd of September.