Apple Pay Gets The Boot From Retail Giants In The US

With every new service, there is always a cut that the company gets; this time around that is simply not going to happen. 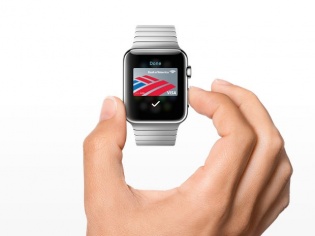 The Apple Pay concept is certainly not new. Although it is a lot easier to set up than a Google Wallet account, it is not a new concept because Google has been using NFC tech for quite some time to pull off the same. Apple made a big show of it, but now it seems that retail giants in America had their own plans in place, much in advance, and this seems to be backfiring on Apple’s plans to get its share of the retail pie.

Of course what most iFans do not realise is that Apple does get its cut from every payment that is made using an iPhone 6. This is something that high-profile retailers like Walmart, 7-Eleven, Sears Kmart and many more want to eliminate with CurrentC.

CurrentC is a a similar NFC-based system (designed by a group of retail giants) that when launched, will work on both iOS and Android devices. The system extracts cash during a transaction, directly from a user’s bank account, getting rid of debit or credit card processing fees (where banks get their cut). Obviously this means that all of the banks that signed up with Apple are clearly not happy. There are quite a few major American banks that signed up for the Apple Pay service to make payments easier for iPhone owners. Apple even made facilities for users to add smaller, local banks and was going to add some more banks to that list as well. But for now, Apple Pay seems to have hit an abrupt halt. Not only have the major retailers stopped accepting Apple Pay payments, but have begun modifying their NFC readers as well, so that not a single Apple payment goes through.