While HTC prepares for its mystery “Double Exposure” event in NYC, leakers have been busy trying to leak out details of HTC's rumoured Desire Eye. While we have seen some leaked renders in the past, today’s fresh leaks show some clear cut renders of the soon to be announced smartphone.

What is a bit surprising though is that the images show more of a plastic construction which is quite a departure from the metal-bodied handsets that come from HTC’s flagship range. The handset looks pretty similar to the recently launched Desire 820, but this is because it comes in the similar (strange) odd-looking, red and white or blue and white colour schemes that the 820 comes in. 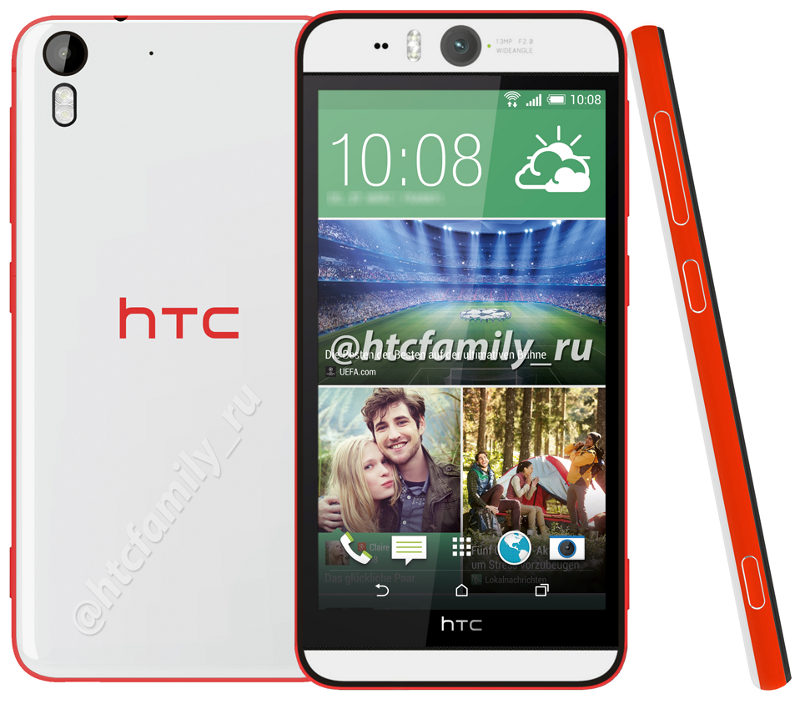 Noticeable is the 13 MP camera unit up front, next to which is the dual tone LED flash. The front-facing camera along with the Desire 820 will also be a selfie-clicking machine as the lens is also supposed to be a wide angle one.

The rumoured specs that now seemed to have leaked out include:

Whatever it is, HTC’s Double Exposure event takes place on the 8th of October, meaning that there is very little waiting until we get a complete low down on the handset.