Apple Watch To Hit The Assembly Line In January 2015 | TechTree.com

Apple Watch To Hit The Assembly Line In January 2015

Gives us an estimated time frame about when the Apple Watch will go on sale. 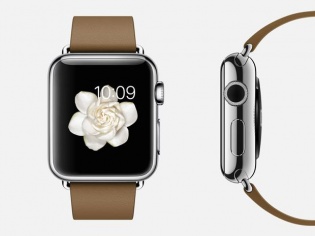 Apple proudly announced the Apple Watch at its iPhone 6 event a few weeks ago at the historic Flint Center in California. While the company did announce and demo the Watch (to an extent) it just gave us an idea about when it would be launched, which was as random as the words “ early next year”.

Well now we finally have a heads up from a source that has given out information regarding the assembly of the smartwatch. The Apple Watch will apparently be manufactured only by one OEM as of now. That would be Quanta Computer in Taiwan. Production is slated to begin in January, which is why the company will be scampering about for employees (40,000 of them) much before that.

Apple apparently wants to push the Apple Watch in stores just in time for Valentine’s day. Clearly they are taking the heartbeat messaging feature a bit too seriously here.

Quanta will be the only manufacturer for now, but it seems like Apple may hire another OEM once they are convinced that it will be a hot seller. The second OEM will be brought in sometime next year.

Apples deals are always a bit dicey for manufacturers. The same happened with Sharp who manufactures the displays for Apple, a while ago and Quanta now seems to be stepping in to a similar mess. But all it needs to do is to get the deal right to avoid problems later.