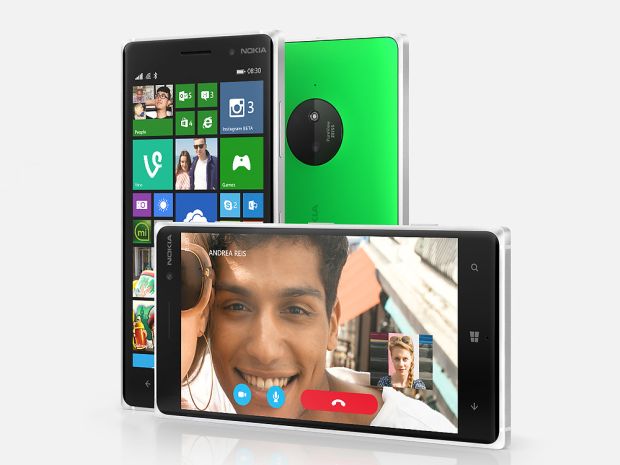 Microsoft has finally announced their camera-centric Nokia Lumia 830 and 730 smartphones. The handsets come with their own distinct camera capabilities and the all-new Denim Update (yes, Cyan is now old, just in case you haven’t recieved it) that brings performance and camera improvements to the Lumia devices.

The Nokia Lumia 830 that leaked out just yesterday, is clearly the better one of the lot. It has been designed from the ground up to click some really breathe-taking photographs including a new auto mode called Rich Capture that will allow you to tweak your images (even when it comes to the flash) long after your have clicked them. Indeed the camera does fall a bit short at 10 MP, but the PureView tech clearly saves the day. In terms of hardware and design, the Nokia Lumia 830 is Microsoft’s lightest and thinnest Windows Phone offering yet. The company seems to have gone all out while engineering the 830 as can be seen from the curved Curved Gorilla 3 glass that sits above the 5 inch ClearBlack display and the rounded metal frame that surrounds it. As for the specifications of the Nokia Lumia 830:

Also announced at the More Lumia event by Microsoft was the smartphone for selfies that the company had been teasing us with for long -- the Lumia 730. The handset looks like a mix of the Nokia Lumia 720 and the 920, only bigger and comes with an awesome Full-HD 5MP wide-angle, front-facing camera with a focal length of 24mm. The handset has clearly been designed for selfies and Skype calls where you can literally squeeze your whole family in. Also included in the handset is the custom Lumia Selfie apps that similar to GlamMe will allow you to customise everything from yellow teeth to the colour of your eyes to make those selfies look super-awesome.

As for the specs, they are pretty much similar to the Lumia 830:

The Nokia Lumia 830 will comes in black, white, green and orange and will retail at an “affordable” price of 330 Euros (approx. 26,000) before taxes. The Nokia Lumia 730 on the other comes in same colours and at an even somewhat affordable pricing of 199 Euros (approx. 16,000) before taxes and subsidies. The Lumia is also expected to come in a dual SIM model. Both handsets are expected to arrive in select countries this month, which is a bit strange considering that the Nokia Lumia 930 has yet to be launched in a number of countries including India.