After the Sony Xperia Z3 Compact leaked out in some crystal clear images yesterday, it is now the elder flagship sibling’s turn to leak out. Yes, as expected press shots of the Sony Xperia Z3 have finally leaked out and Sony seems to have gone all modern glam with the colours. What also made an appearance in the leaked images is the company’s upcoming smartwatch tagged as the SmartBand Talk.

The leaked press images show the handset in a variety of colours that seems to be a toned down version of the vibrant Xperia Z3 Compact. Apart from the black and white that are synonymous with the Xperia range, we now have copper and a moss green shade as well. 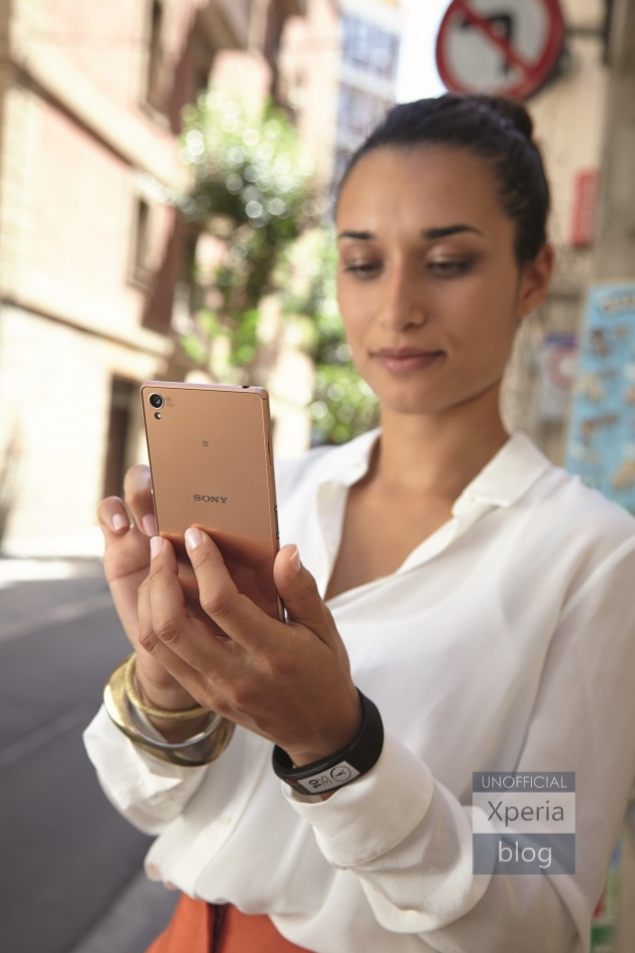 The renders in the press shots show the new design philosophy of rounded frames as compared to bevelled edges of the previous Xperia range and also show an unusually smooth anodized finish. As for the rest of the design, it is pretty much in line with the past leaks.

What is also visible from the lifestyle photograph is the model’s wrist that shows the upcoming smartband as well. The wearable, rumoured to be the Sony SmartBand Talk shows off its e-ink display and will supposedly be the successor to the current Sony smartband, the SWR10.

As for the complete list of features, we will know pretty soon as Sony’s IFA announcement takes place a couple of hours from now.