Apparently it didn't take long for some owners to find a work around for its defects. 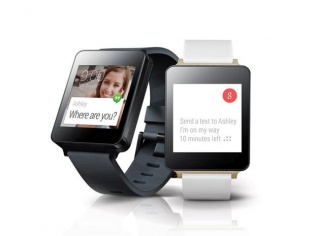 Its barely been a couple of weeks since the LG G Watch was announced and now it seems that there are some issues which some developers wanted work around. The answer comes in the form a new ROM itself (custom firmware) built by developer Jakeday called the Gohma Android Wear ROM.

The Gohma ROM takes care of the lag issue when switching between apps which is surprising because the smartwatch is powered by a brisk Snapdragon 400 processor. Google yet has to release a couple of updates after the first one, for the device to become completely stable. The custom ROM also delivers better battery life and improved performance while delivering an increase in the vibration intensity of the device as well.

As of now it is said to be a better option over the stock ROM offered by Google but installing it comes with the usual risks. These would be similar to those that you come across when flashing and installing custom ROMs on your Android smartphone. So if you are not a regular custom ROM user we suggest you stay away from this.

[Also See: All You Need To Know About LG G Watch And Samsung Gear Live]