The device's form factor is that of a wristband and will go up against Samsung's Galaxy Fit-like wearables. 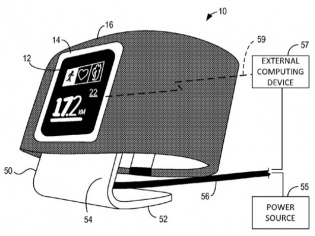 Google's Android Wear is here, but if you're holding out from purchasing it to see what Microsoft whips up, you may want to reconsider that strategy. According to the always well informed Paul Thurrott, Microsoft's device will be more fitness-tracker than smartwatch, similar to Samsung's Galaxy Fit.

The company will release a Gear Fit-like fitness band sometime this fall, which will be able to display smartphone notifications. While that may be blurring the lines between a dedicated fitness-tracker like FitBit and a smartwatch, the form factor of the device will be more like a wrist band than a watch.

“Yes, I'm sure you'll be able to see the time on its screen. But the form factor is a wristband,” said an unnamed source, according to Paul Thurrott's winsupersite.com.

How will Microsoft differentiate its device from the barrage of Android Wear smartwatches and Apple's upcoming iWatch? Microsoft's rumoured devices will work with all major software platforms and not just Windows.

That's not the case with Android Wear which works only with Android, or Apple's iWatch, which going by the company's history is bound to work only with iOS and OS X. That should undoubtedly put a Microsoft smartband on people's wrists who use devices running on different platforms.

It's not uncommon to find someone using an Android smartphone, but when it comes to fulfilling tablet purposes turns to Apple. Microsoft's wearable will surely appeal to such users, especially if they've fallen prey to the habit of hoarding fitness data.