Without a single mention of Project Ara on day one, the team shows it on the next day to put up a show. 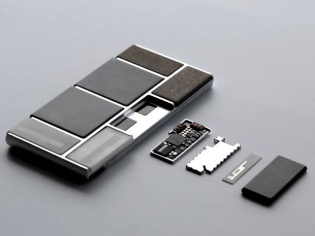 If you thought that Project Ara was probably dead since there was no sign of it at the Google I/O launch, you are in for a surprise. Project Ara Technical Head, Paul Eremenko showed up with his team to prove to developers that Google is indeed working on Project Ara.

The team switched on an actual Ara device, which somehow lasted only till the boot screen and then hung up. Slow progress? It is a technical challenge said Eremenko, but promised that all the tiny software glitches would eventually be solved by the time we see the official launch for the same in January 2015. Also demoed on stage were the parts of the modules and some 3D printed ones as well.

Android will apparently need a lot of changes to be able to run with such modular, hot-swappable hardware. Project Ara will serve another purpose for Google as well and the current team is already breaking new barriers by tapping into different avenues to deliver new types of connectors and other tech that make Ara unique compared to anything that currently exists in the smartphone world. Swappable batteries, displays, cameras and memory modules could actually be the shape of things to come for Android.

Eremenko also announced $100,000 challenge for developers. All they have to do is come up with a module that lets a smartphone do something that normal smartphones have never done before. This will certainly keep devs on their toes, but is it enough to keep the momentum going?