Home » News » Leaked: Details of Samsung's Android Wear Smartwatch Ahead Of Google I...

The device will allegedly be called the Gear Live. No 'Galaxy' moniker seems weird. 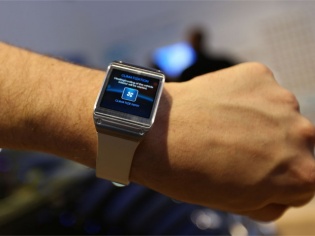 Android Wear is bound to be one of the key highlights at Google's I/O conference, which is all set to kick off in a few hours. It was revealed that Samsung will be the third company, apart from LG and Motorola, to front-line Google's wearable efforts, and now we have details of the device with which the company will do so.

According to a ALT1040 (translated), Samsung's Android Wear device will be known as the Gear Live, lacking the Galaxy moniker which so far has been reserved for its Tizen powered Galaxy Gear smartwatches. The site also alleges that the device will go on sale as early as July 7, which coincidentally is the same day LG will launch its G Watch.

Moreover the report goes on to reveal some of the devices specifications, which include a 1.63-inch Super AMOLED display, a 1.2GHz processor with 512MB of RAM, 4GB of storage, a 300mAh battery, a heart rate monitor, and Bluetooth 4.0 connectivity.

ALT1040 has nothing to back up its claims about the details of Samsung's upcoming Android Wear device, so it's best to take this news with a word of caution. You won't have to wait long to confirm the device's specifications however, because we're pretty sure Samsung will unveil the device at the Google I/O.