Home » Mobiles » Is Nike Too Late With Its FuelBand Companion App For Android?

Is Nike Too Late With Its FuelBand Companion App For Android? | TechTree.com

Is Nike Too Late With Its FuelBand Companion App For Android?

The company decides to switch to the Android platform just when it decided to shut down its hardware business. 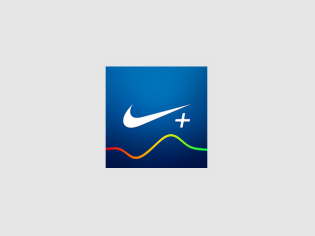 Looks like Nike plans to squeeze out whatever is left of its FuelBand hardware by launching a companion app for Android. Two years after Nike launched the FuelBand and the companion app on iOS, the company has decided to switch to Android in a move which many may think comes a little too late as there are indeed better alternatives out there.

May be Nike felt the pressure and thought that it was indeed losing out on market share by being iOS exclusive. The company was also in a stir recently when layoffs in the company led many to believe that it would be shutting down its hardware department altogether.

[See Also: Nike Changes Its Priorities, Focus To Shift From Hardware To Software]

Moreover Samsung seems to be pretty much focussed on building its own ecosystem of health-tracking hardware, apps and services; a move that seems to be synonymous with other smartphone manufacturers in the Android space as well.

Since Nike now seems to be changing its focus to software, the company clearly realised that they are already late to the health-tracking party in the Android space; with manufacturers already building their own custom-made hardware, apps and services.

The Nike+ FuelBand app works when connected to a Nike FuelBand via Bluetooth, tracks calories burnt, time of workouts and sets goals and will even provide a leader board for you to compete with your friends. This something that is already available on Fitbit’s companion app that made its way to Android and is all geared up to make it way to Windows Phone as well. Moreover Nike’s app, is available only in the U.S., U.K., Canada, Germany and Japan from the Play Store for now.

[See Also: Fitbit To Develop An App For Windows Phone 8.1]