Try and guess the price. 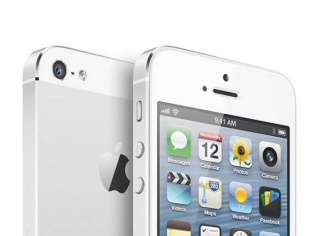 Update (18-10-2013): Prices of the iPhone have been seeing a continuos drop, and here's the latest cost of the handsets in the grey market in the country.

It has been hardly a week since Tim Cook unveiled the latest iPhone 5S, and surprisingly the handset is already available in the grey market. At Heera Panna market in Mumbai, you can pick up Apple’s latest and greatest for Rs 95,000. And no, we’re not quoting the price of two iPhones. Once officially launched in India, we expect it to cost around Rs 50,000. So now for around a lakh, the handset is exuberantly expensive, but then many rich kids won’t mind paying that for the exclusivity.

As mentioned in our announcement article, the iPhone 5S looks very similar to its predecessor. It sports a 4" screen with 640x1136 pixels. There’s a brand new A7 chipset, which is claimed to be twice as powerful compared to its predecessor, the A6. Apart from some serious raw power, the new iPhone also comes with an improved camera. For starters, you get a 15% larger sensor as compared to the iPhone 5. The iPhone now comes with dual-LED flash. Apple also claims that the phone packs in Auto image stabilisation that reduces noise and motion from shaky hands or moving subjects. The most interesting aspect of the new iPhone is that it comes with a fingerprint identity sensor called Touch ID tech that lets you unlock your phone by simply placing your thumb on the Home button.