Find out what separates this trio of Apple iPhones. After every iPhone launch, the new handset gets compared to its predecessor. However, this time around this has become a three way comparison since the company has unveiled a couple of iPhones at the same event. Now before throwing numbers and jargons, let me tell you that the iPhone 5C is a plasticky version of the original iPhone 5. From screen to processor, the innards are almost the same. The most significant difference is that the 5C is thicker, heavier, and less classy than the iPhone 5. On the other hand, the iPhone 5S looks almost identical to its predecessor, but packs in quite a few unique features. Apart from the faster chip and improved camera, the Touch ID feature is noteworthy. On the software front, the latest iPhones will ship with iOS 7. But since the iPhone 5 will also receive the latest version of the OS in coming weeks, it’s certainly not a differentiator.

So here's what's same and different in these three members of the iPhone family:

Yes, the iPhone 5C is probably the only Rs 35,000+ phone to lack the scratch resistant layer.

While I love colours, the 5C seems like an iPhone trapped in a Lumia's body. On the other hand, the iPhone 5 and 5S win you over with their elegance. 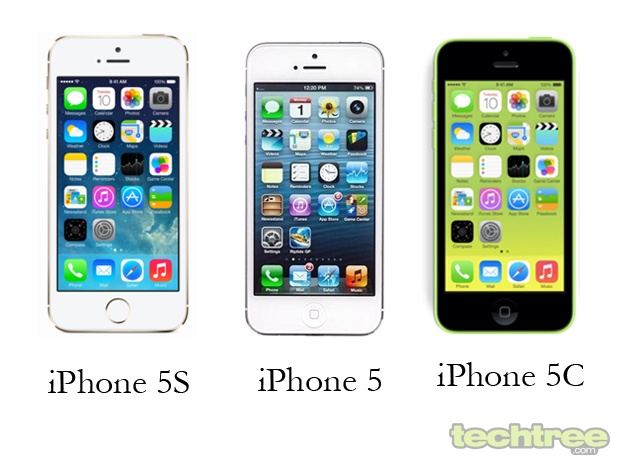 According to Apple, the A7 chipset is twice as fast when compared to the A6. The A7 also has a companion processor, the M7, which is designed to free the primary processor from computing the motion data (coming from accelerometer, gyro, and compass).

The iPhone 5S sports a 15% larger camera sensor compared to its predecessor. Throw in an aperture of ƒ/2.2 in the mix, and you get a camera that should do better in low-light photography.

The iPhone 5 had a marathon battery. And since the battery capacity has been slightly increased in the recently announced iPhones, expect it to get even better.
Battery details sourced from GSMArena.com

Thanks to the fingerprint identity sensor, you can unlock your iPhone 5S by placing your thumb on the Home button. This feature is missing in the iPhone 5 and 5C.

For more details check out the comparison table below:

If you have any more queries about the Apple iPhones, feel free to ask us in the comments section below. We will be more than happy to answer those.