Xbox One Launching On 22nd November

India doesn't feature in the 13 countries that made it to the first cut; internal specs get a performance boost. 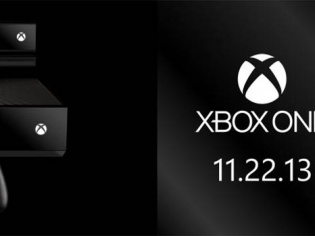 Days after Sony made the launch date for PS4 public at Gamescom, Microsoft has announced the launch date for Xbox One. Squashing previous rumours of an 8th November launch, the company has decided to bring out the console on 22nd November 2013, exactly eight years after the launch of Xbox 360 in 2005, and just a week after PS4 comes to the United States. The console will be launching in 13 markets initially, with more countries to follow in 2014.

The CVP of Marketing, Strategy and Business Yusuf Mehdi announced the Xbox One launch date and stated that the Xbox One pre-orders have sold out "faster than at any other time in our history". Mehdi also confirmed that the development team had worked on increasing the CPU clock speed form 1.6 GHz to 1.75 GHz, which is a 10% boost, and a 6% increase in the GPU performance. Check out the video below to know more.