The enhancements announced at Google Developers I/O 2013 feature in this revamped app.

Google has updated its social networking app, Google+, for the iOS platform, with a new photo enhancement feature, that makes the app focus more on users' photo content. The revamped app is available for download from the iTunes store.

Google+ for iOS now makes use of Auto Enhance, with which users' photos can be made to look better. Along with this, users would also be able to upload a cover photo. There is also the Auto Highlight, with which dynamically highlights from a group of photos, and allows users to share this as an album.

Another important modification is the addition of hashtags which help users in discovering interesting content. Users surfing social networking websites on the basis of related topics would find the feature helpful. Users can also control the frequency of occurrence of "What's Hot" posts, which is built into the revamped Google+ app for iOS.

The full changelog of Google+ iOS app can be found at its download section in Apple iTunes.

Google, which is fresh out of its Developers I/O, announced a host of features such as Hangouts and Photos for its Google+. Following the announcement, the internet giant had previously released an updated Google+ app for Android. 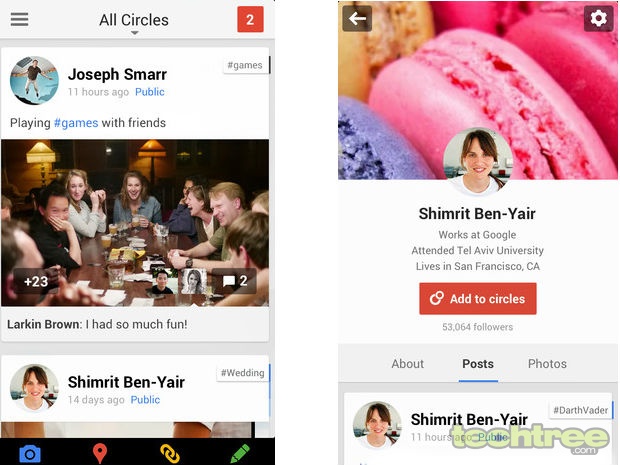