LG Optimus Vu With Android 4.0 And 5" Screen Lands In India 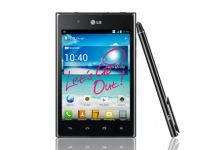 Announced at MWC 2012 in February, LG's first phablet, the Optimus Vu, has finally hit the Indian market. The handset has a 5" screen, and will compete with the Samsung GALAXY Note II. On the software front, the Optimus Vu runs Android 4.0 (Ice Cream Sandwich) and comes preloaded with a plethora of apps specifically created for the stylus. It is powered by a 1.5 GHz quad-core NVIDIA Tegra 3 chipset and has an 8 mp camera. Here's the list of detailed specs:

The original Optimus Vu (launched in Korea earlier this year) had a dual-core CPU, but for other markets, LG has decided to go with the quad-core chipset. So at least on paper, the Vu looks as powerful as the GALAXY Note II. That said, I wonder how many users will find a 4:3 form factor comfortable. The Note II has the upper hand also because of its 3100 mAh battery, Jelly Bean OS, and the microSD card slot.