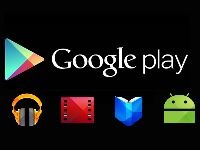 The joy of Android developers in India has been very short-lived: Google has removed India from the list of countries where app-makers are allowed to publish paid apps to the Google Play store. A couple of days ago, as we had reported, the company had included India in the list. Programmers here are now again limited to publishing free apps. If they do want to publish apps and get paid, they will have to resort to well-known but tedious methods.

One way is to circumvent the restriction by creating a US bank account in the name of a relative. Another is to go to the extent of floating a company in the US. This is not possible for most developers, though, and Google's backtracking will be met with much disappointment.

I believe that by turning its back on the vast community of Indian developers, Google has let go of a potent way to increase the number of apps in Google Play. Apple continues to dominate with the largest number of apps, in its iTunes Store, while Microsoft has started taking initiatives to catch up with its Windows Phone Marketplace — currently at a distant third spot.

I can't see long future for Android, if google keeps their policy like this. If you try to find iPhone & WP app developers in India, there are many but people are not so intrested to develope android apps in India.
Submitted by Tom on Thu, 27/09/2012 - 11:56

Nokia and Microsoft are taking a lot of steps to ensure windows phone does well in india. Nokia has gone on an app development drive to various corporate houses to get developers for its platform. I don't know why Google is shunning Indian developers. Unlike iOS and Windows Mobile, Android has a pretty decent user base in india, which makes it all the more important for google to allow india developers to develop apps. Indian developers are in a better position to develop apps with local flavours like the taxi meter rate app and so on.... bad move google, bad move indeed.
Submitted by MutedCleric on Fri, 28/09/2012 - 12:10
News Corner