Basically an upgraded version of the Xperia S, with a newer OS and faster 1.7 GHz CPU. 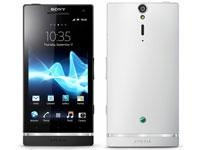 A few days ago, the Sony Xperia S was added to the Android Open Source Project. The inclusion of Sony's flagship phone to the AOSP project makes it the first device to be taken up without any involvement from Google. The technical lead of AOSP, Jean-Baptiste Queru, announced that the handset was chosen because it's a powerful device that sports an unlockable bootloader, and since Sony has been friendly to the project from the start. If the experiment goes as planned, then Xperia S owners could have a Nexus-like device that receives updates just a few days after the release of a new Android version.

Meanwhile, its successor the Xperia SL has quietly been put up on the Sony website. The specification sheet remains almost the same as the Xperia S, apart from the inclusion of a dual-core 1.7 GHz Qualcomm MSM8260 processor and Android 4.0 (Ice Cream Sandwich) out of the box. The detailed specifications are as follows:

As of this writing, no specific launch date or price had been made available. Check out the gallery below for more product images.