Over the past couple of decades, technology has pervaded our lives to such an extent that it has made our lives easy, albeit at the price of losing out on sensory acuity 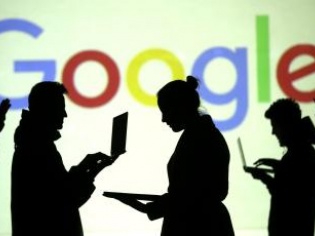 How many phone numbers do you remember at this point in time? When we posed this question to a section of our readers the most common answer was one which was usually that of someone at home, usually the spouse or a parent. Probe further and they tell you off by stating the obvious – “Why should we remember phone numbers in our contact list?”

Now, hark back to the 1980s (tough for readers who weren’t born then) by asking a parent or an uncle about how many phone numbers they remembered and the answer would most likely be, “Oh! We still remember the landline numbers of our closest friends and a few close relatives.”

With smartphones now sporting voice assistants, the time may soon come when Alexa or Siri may just dial a friend when you mention her name even though we may not have specifically asked for it. In fact, the voice assistants turning on music, opening the door or warming a dish in the microwave is just the start of another revolution that would make another one of our sensory acuities weak.

The trend began quite early with the calculator though things began speeding up only with the advent of smartphones which have now become surveillance devices masquerading as something else. The amount of data that gets stored on a pocket-friendly gadget is way beyond what could be in on a personal computer some years ago.

Though the latter appears a comparatively safe place to store data as against the smartphones that have been in the eyes of several storms in recent times due to reports of data security and privacy. And just when we thought that the smartphone was the farthest that the internet-enabled tech would take us, came the smart homes and appliances that were controlled by the ubiquitous assistants.

It was barely five years ago that Amazon had released Echo with Alexa and getting users to have microphones installed in our homes to control everything from bathroom lights to sound equipment and even cars (under test now). Soon enough Google and Apple followed suit with their home and Home Pods respectively to make us slaves of their own product portfolios.

None of these products would talk to each other and yet they made it appear that these gadgets were making lives easy for us. Maybe they do, to some extent. The problem though is that all the while that they are awake, these gadgets were taking in loads of data about our preferences so that they could lure other brands to advertise with them and thereby push associated products our way.

Of course, Google had mastered this art many moons ago and grown into a 900-pound gorilla from being a cyber helper that indexed web pages and served them up in response to human queries. When the Internet of Things (IoT) got publicized as the next revolution, not too many were aware of the security threats and privacy issues that such smart things brought along.

The poop hit the ceiling late last year when it came out that Alexa was trained by humans to listen to audio installed in user homes and offices without their knowledge, though all for their own sake so that the machines could be made smarter to imagine our needs and serve them up. Of course, it wasn’t just Alexa that was snooping, the others like Google Assistant and Siri were too.

Soon news followed that Google had sneaked in a microphone into their Nest product with the company conveniently suggesting that it had actually “forgotten” to inform users about this invasion of their privacy. That the company wasn’t remotely cringing at the thought of users placing the Nest Guard in their bedrooms and inadvertently sharing their most private moments showed us another glimpse of how technology lulls us into a sense of safety, when actually none exists.

In spite of several such stories hitting the headlines, these companies kept pushing smart technology to users, who continued to willingly fall for the bait of easing their lives. Remember the case of Vizio which faced and settled a lawsuit for stealing data through spyware installed on 11 million television sets to track viewing histories and selling them to advertisers? So much for Smart Televisions!

Reports of how Amazon’s home security systems were actually siphoning off data to the law enforcement agencies in the United States, not to mention the vulnerabilities in the facial recognition software that could allow fraudsters to break into homes.

Stories are now coming of how wearable technology is the next to steal our medical data and pass it on to those who are ready to pay millions of dollars. And when the past-master at data-led ad sales acquired a fitness wearables brand, the writing was very much on the wall and so was the controversy when Google was questioned about a project where it sharing data with healthcare enterprises.

Wonder when the world can hope to get access to technology that actually helps us enhance our sensory acuity and stops selling our private data for their own gains?