With data security increasingly becoming a matter of concern, apps and gadgets that store data need to be perceived as a prospective goldmine for hackers 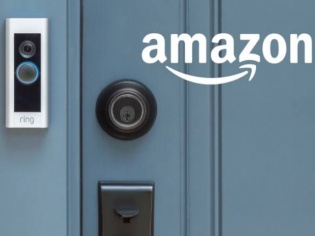 We are living in times where every company worth its data is attempting to get some sort of spyware into our lives so that it can analyze our behaviors and help brands target more and sell more. Though India is way behind in terms of its netizens having a privacy outrage, the fact is the world hasn’t taken kindly to enterprises sharing personal data without one’s sign-off.

Microsoft was the latest to crumble under pressure from the European Union’s strong data protection regime (GDPR) and others would soon follow suit, but the fact remains that skeletons keep tumbling out of the cupboards when it comes to use of data, or should we say misuse? In the past, we had written about how an iOS update helped locate Bluetooth beacons on a ticket-booking app.

Earlier this year, the world was surprised to find that their smart speakers were surreptitiously sharing voice samples with humans in what was then described as a privacy screw-up. Soon enough, the big guns viz., Google, Apple and Amazon officially announced that users could reset their settings to guard against voice samples being researched.

Just as one was getting used to not having voice samples being snooped upon, here comes news that Amazon’s Doorbell actually allows homeowner videos to be stored forever and could be shared with whomever they want. The company is now facing the heat from lawmakers and privacy advocates in the United States, says a report published in Engadget.com.

The article reports that US senators wrote to Amazon seeking details of the ways in which footage is being used and the steps being taken by the company to protect civil liberties, especially in view of the fact that Ring now has cameras facing outward as well as peeping within the four walls of the homeowner’s premise.

“Millions of consumers use Ring’s products and services, which include internet-connected video doorbells, spotlight cameras and alarm systems. Ring devices routinely upload data, including video records, to Amazon’s servers. Amazon therefore holds a vast amount of deeply sensitive data and video footage detailing the lives of Americans in and near their homes,” says the letter written by five Democratic US Senators and accessed by Gismodo.com.

The response from Amazon was feeble at best. Engadget.com quoted the company’s VP of public policy Brian Huseman as saying that Amazon placed restrictions on how police can use or share the videos and said homeowners could opt out of sharing footage with authorities and that Ring does not identify those who refuse police request for videos.

In fact, Huseman may have set the cat amongst the pigeons by suggesting that facial recognition could be part of the works within the Ring ecosystem suggesting that it was a “contemplated feature” that could get released after a “thoughtful design” – a point that could soon become a hotbed of controversy amongst people wondering whether privacy behind locked doors too isn’t safe.

With research confirming that Google and Alexa do eavesdrop, the day isn’t far when pretty much every action and reaction of a human being would be under surveillance – all for the benefit of better customer experience.

The question is should customer experience be at the cost of customer privacy?