Home » News » Now, Amazon is Seeking to Spread the Light

Now, Amazon is Seeking to Spread the Light | TechTree.com

Now, Amazon is Seeking to Spread the Light

Just when we thought that Amazon would slow down with its connected home experiments, here comes news that the company is now planning to manufacture and sell light bulbs 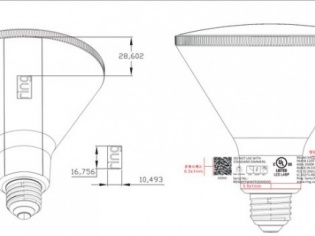 Amazon may be facing privacy issues over allegations that its doorbells actually capture data and leak it to anyone from the constabulary who wants to see it. The very concept of connected homes and its data security may be a matter of growing concern, given that research is proving so. What if Alexa is listening to all your conversations in the living room and bedroom?

Jeff Bezos appears undeterred in his quest to make Amazon the voice of everything and move on to making it the everything of everything. Even in a country such as India, the company has delivered something of a Super App that straddles everything from online retail to booking tickets. The company is now reportedly moving over to create connected lighting.

The first to put the story on focus was tech journalist Dave Zats who tweeted out the story last week about the smart lightbulb. The report came from an FCC filing that Amazon had done about the Ring Smart Bulb giving details of the new product, which is a Bluetooth capable light bulb though from the design specification it appears to be a floodlight associated with the security alarm of Ring (doorbell).

By the look of things, the new device isn’t exactly going to replace the light bulbs in the living room and kitchen or on the bedside table lamp for now. However, the design filings made by Amazon makes it clear that screw-in bulbs could well replace the self-contained systems that the company had been offering as part of its dedicated lighting.

The Amazon-owned Ring hasn’t provided many details of the bulb in the FCC filings but for the obvious fact that it would be Bluetooth-enabled, which is a no-brainer given that they’re calling it the smart bulb and anything with that prefix needs to have a means to connect to other devices wirelessly. There is speculation that the bulbs could have some built-in motion sensor, though for the moment it may just rely on other Ring products to set itself off.

So, each time someone rings the doorbell, it activates the camera and sets off floodlights so that those standing in the doorway are visible to those viewing inside. Ring’s earlier attempts to create floodlights and light-ways with integrated motion sensors required a Bridge that enabled it to sync with other devices. Would the new smart bulb be one such accessory? Well, we’ll have to wait and see.

For now, we can only surmise that the company’s attempts to release bulbs under the Ring brand suggests that they are not seeking to compete with home lighting system providers such as Phillips though competitors need to be wary of Amazon’s latest foray as it could easily shift from outdoors to indoors and connect every bulb holder within the house to the Ring Bridge.

There are no release dates mentioned and no pricing. For now, we just know that there’s a lightbulb coming that could illuminate one’s portico or garden each time someone rang the doorbell.