The Apple iPhone 7 Plus Flaunts A Dual-Camera Setup | TechTree.com

The Apple iPhone 7 Plus Flaunts A Dual-Camera Setup

The Cupertino-based company has priced pegged the 32 GB base model at $769. 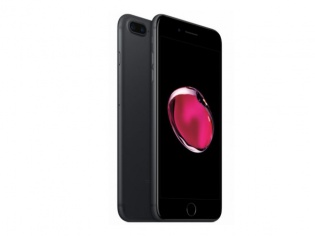 At the event held in San Francisco, Apple unveiled two new handsets — The iPhone 7 and iPhone 7 Plus. One of the highlights of today's keynote has been the dual-camera setup, which comprises of a 12-megapixel snapper and a depth sensor. This arrangement is quite reminiscent of Huawei's Honor 6 Plus. Such setup enables you to alter the depth-of-focus of a photograph. Apple has kept this killer-feature exclusive to the iPhone 7 Plus. It is a shame that those who will purchase the iPhone 7 will have to miss out on this. The new "Quad-LED True Tone" flash is said to be 50 percent brighter than iPhone 6s. For narcissist grown-ups, Apple has thrown-in a 7-megapixel FaceTime HD camera. The handset features a 5.5-inch IPS display with 1920x1080 pixels. Much like its younger sibling, the iPhone 7 Plus supports 3D touch. It is powered by the same Apple A10 Fusion chipset, which powers the iPhone 7. Rest of the features remain the same, the iPhone 7 Plus is water and dust resistant. It does away with the 3.5 mm jack in favour of lightening port. The home button hosts a pressure sensitive fingerprint sensor.