Select Lenovo Handsets To Have Office, Skype, And OneDrive Preloaded

These apps will come preloaded in Motorola phones, now owned by Lenovo, for no extra cost. 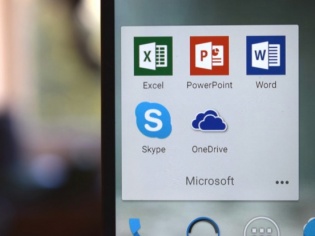 Due to the Microsoft licensing programme expansion, now Lenovo has announced to include 3 of it's productivity apps, in some select handsets including those under the brand name of Motorola, which it currently owns.

With regards to this development, Nick Parker, the Corporate Vice-President of Microsoft's OEM division said, “The marriage of Microsoft’s apps and Lenovo’s Android-based devices will enable customers around the world to be more productive, more connected and achieve more.”

Mystery however has remained, exactly which future handsets from the company will have the Microsoft apps, but has confirmed that MS-Office, Skype, and One-Drive are part of the offering.

The latest development also points towards a significant change in terms of strategy change, from Microsoft's end, which is now shifting its attention towards creating software for mobiles, instead of trying to create something ground-up, in the hardware department. Lenovo being one of the largest manufacturers in China, provided an ideal solution for Microsoft to get on board with, which will actually help apps directly to the consumers, and that too on such a large scale, as Lenovo has promised to ship several of its devices in the future with the productivity apps, as reported by ibtimes.

However, let's not rule competition out of the whole dimension of this development. Other Chinese brands such as Xiaomi, Asus, Samsung, and LG have already been in talks with Microsoft over such similar deals with them. It would also mean that Lenovo will have to push its game further, and compete with the other major players in terms of value added features, to gain a foothold in the market.  On the software maker's front, this will perhaps put Microsoft on a more productive path in terms of financials, as bottom line profits and revenue margins have been an issue of late.