Would Sony’s VR Take Over Oculus And HTC’s VR

PS VR is cheaper than Oculus Rift and HTC Vive. 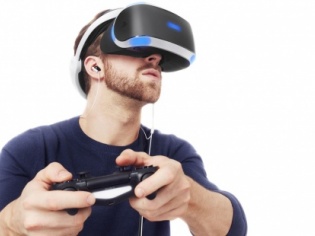 Sony announced earlier this week at the E3 gaming trade show in Los Angeles that its virtual-reality headset, PlayStation VR, will come out on October 13 At $399.Including the bundle that includes a pair of motion-tracking controllers and a camera that’s required for the headset to work it costs $500. However it will be cheaper than Oculus’s Rift and HTC’s Vive, which came out this spring and cost $599 and $799, respectively.

But beyond that initial cost difference, PlayStation VR will have another huge advantage over Rift and Vive. While these two need to be connected to a powerful computer in order to work while the PlayStation VR will work with Sony’s existing PlayStation 4 game console, which costs around $350 (there’s also a new one coming, though its price and release date have not yet been revealed).

More than 40 million people out there already own the PlayStation 4, which means Sony will be starting out with a large potential base for its first dive into the consumer VR market.

These two plus points, plus Sony’s established retail and distribution networks for its gaming consoles, give it an edge over Oculus and HTC.

While sony also has plans to make the VR pc ready.It would just be a matter of time till other companies turn up shortly.