Loads of PS4 games are ready for the VR experience. 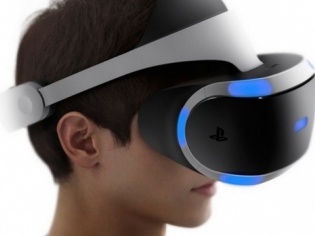 OCULUS, VIVE, and many other VR headsets are already available in the market. Sony announced at E3 on Monday that its PlayStation VR headset will finally be available on October 13, at the price of $399.

Sony said that Resident Evil 7, coming in January, will be playable in VR from “start to finish”. There will also be a Final Fantasy XV “VR experience” on PlayStation VR, which is a… first-person shooter? Strange but true.

Sony is committed to have at least 50 VR games available at launch. One of those titles will be “Batman: Arkham VR” from Warner Bros. Interactive Entertainment and DC Entertainment. The game, which will allow players to immerse themselves in the world of Gothham and will be an exclusive to PlayStation VR.

Sony is releasing its VR headset months after its two main competitors, the Oculus Rift and the HTC Vive headset, went on sale. However, Sony is banking on the fact that PlayStation VR is significantly cheaper. The HTC Vive sells for $800, while the Oculus Rift costs $600 without any controllers. Both also require high-end gaming PCs, which easily cost at least another $1000.

However not wanting to be left behind, Microsoft is also coming out with a more powerful Xbox One to deal with the demands of VR and 4K resolutions. Currently dubbed Project Scorpio, Microsoft’s Xbox Chief Phil Spencer said during E3 that the upgraded Xbox One would offer “true 4K gaming” and “high fidelity VR.”