The smartphone is being claimed by the company to be the most affordable 4G LTE smartphone. 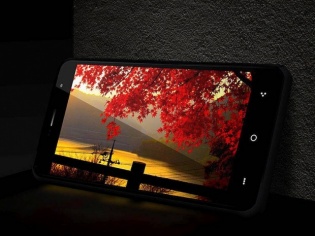 Homegrown mobile maker Swipe Technologies has recently launched a a new 4G LTE smartphone which is an addition to the bandwagon of pocket friendly 4G smartphones in India.

The new smartphone dubbed as Elite 2 comes with a price tag of Rs 4,666 and is powered by a 64 bit 1.3 GHz quad core processor coupled with 1 GB RAM.

The company seems to have been claiming Elite 2 to be the most affordable 4G smartphone in the country.

While the smartphone comes with an internal memory of 8 GB, it can be expanded up to 32 GB and the camera section is packed with an 8 MP rear camera and 5 MP front camera.

The smartphone comes with a 1,900 mAh battery while it runs on 'Freedom' OS on top of the Android Lollipop.

The Elite 2 is the successor of the popular smartphone Elite which was launched earlier this year in August.

Adding more, the company has announced that it would also be arranging for free preview rides in partnership with Uber which seems to be pretty much a good idea to draw in more customers. However, this is not the first first a smartphone company is opting for this strategy.

However, this option to preview the smartphone would be available for tech savvy customers in selected cities - Delhi, Hyderabad, Bangalore and Pune from Oct 3o to Nov 7.

Having said everything, the company has not yet announced the display screen size details, though we expect it to be around 5 inch considering its predecessor.