These features definitely excite you to buy the smartphone. 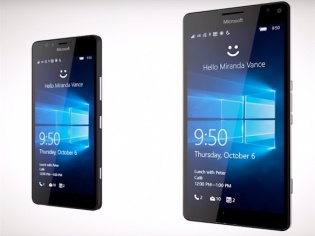 Ever since Microsoft launched its latest flagship smartphone, Lumia 950 XL at an event in USA recently, it looks like the smartphone is becoming the talk of the town.

Both Lumia 950 and Lumia 950 XL not only come with powerful specifications, but also they are the top-notch smarthpones we have seen so far with plenty of new features.

Here is a list of 5 features that definitely excites you to buy this smartphone.

This is by-far one of the most advanced feature we have seen until now in a smartphone. While we know smartphones are taking over the place of a PC or a laptop for many, they don't actually give a traditional PC feel. However, with Windows 10 Continuum that comes with Lumia 950 and 950 XL, the smartphones can be connected to a monitor, mouse and keyboard and work in a way similar to the traditional PC.  Also, the interface changes so that the users can experience the Windows 10 OS in the desktop way rather than the mobile way.

While the continuum offers the desktop like experience when connected to the monitor, it is only possible because of the operating system that the Lumia 950 and 950 XL run on, Windows 10 Mobile. The mobile edition of the new operating system is another USP making the smartphones popular. Also, the two Lumia smartphones are among the first handsets to run on the latest Operating system. Lumia smartphones have always been known for their camera sensors and the Lumia 950 and 950 XL are no exception. In-fact, the rear camera which comes with a 20 MP PureView sensor with triple LED flash can record videos up to 4K video resolution. The camera is also capable to optical image stability. Other than this, the smartphone comes with a wide-angle 5 MP front camera.

[Related: How Does Lumia 950 XL Stand Against The Nexus 6P And iPhone 6S Plus?] A good display definitely gives a very soothing experiencing while working with the smartphone and Lumia 950 and 950 XL come with QHD display screens. It is worth noting that these smartphones are the first two Lumia-handsets with such a clear display.