The price of the Android smartphones is dropping way faster than other mobile operating systems and that’s not a good thing. 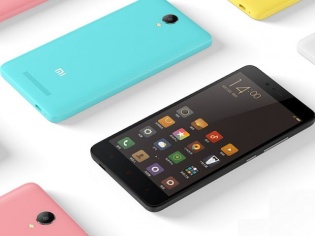 Xiaomi announced its Redmi Note 2, the handset packs in a premium MediaTek processor found in high-end phones such as the HTC One M9+. While Xiaomi fans rejoice over a smartphone that comes with premium innards at a budget price, Android seems to be spiralling into a mess because of this trend.

Your average Android smartphone owner is really happy today. It is good to know that your smartphone won't be dated in a year. And even if it does, premium smartphone prices seem to be dropping anyways, which is another reason to smile.

For instance, take the Xiaomi Mi 4. Its Qualcomm Snapdragon 801 chipset and 3 GB of RAM are capable enough to handle Android M and may be even the next version of Android after that.

What all this means is that, Android fans are going to spend less money on phones. Moreover, they are unlikely to purchase a new phones over a year. This collectively can lead to the scarcity of innovations due to dwindling profits. Clearly, nobody wants to invest millions in R&D in tough times.

To make up for the lack of innovations, Android OEMs are getting into a cutthroat competition to provide flagship specs at relatively lower prices.

Currently, Xiaomi would be happy selling-off its Redmi models at thin margins. However, this strategy may bite back one day. And that day may come sooner than expected.

Just take a long look at the smartphone brands making profits this year.

Apart from Apple, Samsung is the only one that took home some profits. Considering that the Korean brand had the best product it has made in years in its kitty, these numbers are underwhelming. And what is Samsung doing about its losses? Well, it's reducing the prices of the Galaxy S6 smartphones.

On the other hand, OnePlus is busy convincing the world that its cut-corner handset is actually a “flagship killer”. There is a limit to how much you can mix and match until you run out of options.

The Android platform has plateaued. It has reached a point where hardware specs do not make sense any more. A point where budget smartphones run as smoothly as flagships.

Apple on the other hand is busy reaping profits thanks to its growing ecosystem of products. This enables the Cupertino-giant to invest and innovate. Take for instance, the iPad. Therefore, you see Apple leads and most Android OEMs follow. So basically, Apple is coming up with new ways to make its customers pay for innovations, which I think is fine.

And while Microsoft with Windows is on a completely different tangent (promoting just software) it still has a better game plan and is fuelling innovation by connecting its smartphone to the rest of its ecosystem. While many may point fingers that Windows 10 for mobile is dead, at least it is heading in a direction towards change.

It may sound weird, but I think the smartphones need to get outdated to fuel the right type of innovation. It is a necessity that premium flagships need to offer something premium and use those profits to fuel a better project the next time. Building cheap smartphones is clearly not the way out.