Home » Mobiles » Android One Is Dead And No One Really Cares

Android One Is Dead And No One Really Cares | TechTree.com

Android One Is Dead And No One Really Cares

On the verge of an Android One reboot, Google should just shut shop and focus on the Nexus program instead. 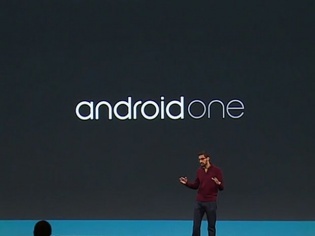 Google has announced plans for its Android One reboot. The reboot plan will consist of the company investing some more time and monies into its Android One program and reaching out to the deepest segments of the market, by introducing an entry-level range of handsets that will beat the now high (Rs 6000), Android One prices. But will all of this even work?

While Google expected Android One to be massive, it certainly was anything but that. The marketing push saw just 7,00,000 smartphones getting shipped in 100 days and a similar figure was achieved in the next 5 months combined, which is a bit too low considering that they are low-cost devices. Low profits margins (2% - 5%) were another reason why shopkeepers did not want to stock them. Consumers soon learnt that the hardware inside was good for nothing. And Google’s final blow came when local manufacturers began building better smartphones at Android One prices and some of them even got software updates before their Android One counter parts.

So what was everyone buying instead of a cheaply built, Google-designed smartphone? Well, consumers wanted to buy Chinese-made Android smartphones, with performance in mind.

Nobody wanted Google’s low-priced Android One devices, that came with horrible specs, but something better. Consumers were seeking (and always will be) smartphones that offered a good price to performance ratio.

Even today, the consumer is educated, they know that hardware does matter. Which is why when a consumer even thinks of buying a base Android smartphone, they think Xiaomi or a Motorola or the plethora of Indian smartphone offerings that offer something worthwhile; not a low-budget device, with 512 MB of RAM and 4 GB of internal memory that will slow down to a crawl after a week of WhatsApp messages. Feature phones already exist for a segment of consumers that just wants to make calls.

While the specs have not been revealed yet, Google’s upcoming range of Rs 3000 Android One smartphones is going to further damage the reputation of Android, with hardware that is decent on paper but horrible when it comes to performance, similar to the first Android One lot. Coming to the recently launched Lava Pixel V1, its a better choice. But does its pricing is worrisome compared to the plethora of offerings available in the market.

Xiaomi is doing what Google should be

Google today does not need Android One, its needs to just one Android, one that works flawlessly on decent hardware. Brings to mind, something what Xiaomi is doing. The Chinese smartphone maker is bringing out quality smartphones at different price points by focussing on using tried and tested hardware with the best software.

Xiaomi was present with its Mi 3 and even back then at the announcement of the Android One, was pretty clear about where it was headed and what it had to do to make it big.

A year later, we can clearly see how big of brand it has turned out to be. More so, it has pushed Indian smartphone makers to better their products in the light of competition.

Flash sales are now a common thing and while nobody cares about the numbers, Xiaomi may have in all probability pushed out a lot more budget smartphones than Google did with its Android One program.

Nexus is a better bet

Everyone one wants a better Android, Google should stop chasing consumers using cheap tactics like Android One and focus on building Android better. After so many years and iterations, Android is still fragmented and loaded to the brim with problems and security issues. Google's Nexus program works best with this.

Google could in fact build a cheaper Nexus smartphone instead, one that can be purchased at 15-20 k price point, comes with a mid-range chipset and a good camera, and boots stock Android 5.1 Lollipop. A budget flagship would have a better chance at selling, along with Google delivering something of value in the hands of consumers compared to cheaply made alternatives that deliver no value on both the software and the hardware front.