Home » Mobiles » What Makes The OnePlus 2 Special For India?

What Makes The OnePlus 2 Special For India?

There are plenty of good hardware bits that this smartphone is expected to deliver. 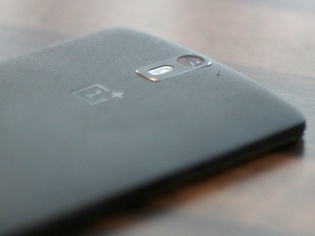 OnePlus is clearly here to stay. Despite the flack the Chinese smartphone maker receives for its customer support in India, it is the fans or the cult following, that gives OnePlus its image. It is also worth mentioning its brilliant marketing team that manages to get people excited from time to time.

But all of the above will only take a brand this far. The rest of your brand image clearly depends on the product that you are selling. And OnePlus did have a rough start, especially in India, thanks to the whole Micromax and Cyanogen fiasco. Still then, things do look pretty good for the OnePlus 2.

Why do we think so? Firstly, OnePlus has been smartly portraying how it has been overcoming its hurdles onto building the perfect smartphone. No one else does this and while this is a good PR exercise, Sony clearly needed it with the Xperia Z3+.

And from the Xperia Z3+, comes the topic about heat. OnePlus made it clear that its engineers have combated the Qualcomm Snapdragon 810’s thermal issues by lowering the clock speed. So you may actually have the first Android smartphone coming to India that may not actually heat up (Yes, the LG G Flex 2 does heat up). Next up, we have a recent discovery in the form of Dual SIM slots. While these may not matter much to the current lot of flagship buyers, there is a massive (ignored) segment of dual or multi-SIM users, who today have to settle for mid-range devices because no one in the premium segment offers them.

Fingerprint scanners are a plus because Google has plans for them in Android M. In India, the only smartphones to feature them come from Samsung, HTC, OPPO and Xolo. But Samsung is the only manufacturer to make something out of it. So yes, once the new version of Android is out, the OnePlus 2 will have an edge over the Samsung Galaxy siblings. This is because of its mostly stock approach to Android.

Lastly, there is that price tag, one that will quickly make OnePlus 2, the value for money smartphone, the minute it is launched.

Everything else that arrives on the OnePlus 2 will already be available on other smartphones. More so because a vanilla Android experience is something that even Motorola can deliver with its Moto X announcement that takes place the next day on the 28th of July.