Why Microsoft's Flagship Smartphones Are Doomed

They seem better suited to the budget and the mid-range. 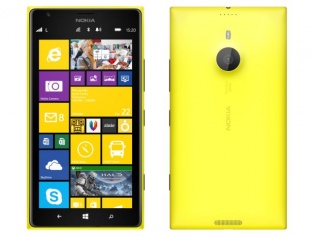 There was a time when Nokia ruled the world. Back then it did so, with the its zippy and deep-rooted distribution network and was on the top of the smartphone hierarchy when it came to market share even in emerging markets like India.

Today, the Nokia brand has been replaced by Microsoft. And since Microsoft was a newbie in the emerging market, it was clear that it had to climb up from the very bottom.

Microsoft learned the market and today we finally have news about its plans and it could not happen at a better time.

What we are referring to is the launch of Windows 10. While Microsoft’s primary problem is still limited to quality apps with Windows 10, the company somehow feels that it is finally the right time to go ahead with its flagship smartphones.

The success with its budget series did not come quickly, especially when you keep in mind Microkia’s biggest flop, the Nokia X series.

Microsoft seems confident that its success in the budget segment (where budget users actually purchase a Windows Phone over an Android device) along with its massive marketing efforts has now created a foundation that is deep enough to bring in the premium range. The Lumia 730, and the Lumia 525 so far seem to be the pillars that go deep into this foundation. But Microsoft does not have a single flagship smartphone in its device portfolio, just yet. While the Lumia 930 was launched under Microsoft’s supervision, it not a feather that Microsoft could place in its cap; more so because it carries the Nokia branding on its back.

There are plenty of rumours about the launch of its two flagships, codenamed the Talkman and the Cityman. The devices are expected to sport the latest chipsets from Qualcomm and will comes with advanced imaging capabilities. But even with all of this, will the lack of quality apps drag Microsoft down?

Well, the company has a plan for this and it was announced at the company’s recent BUILD event, Universal Apps . Basically editing or rebuilding apps with existing Android and iOS code, making it easier for developers to push out apps in less time and more importantly with less effort.

But at the end of its all it is hard to sell a smartphone that costs over Rs 50,000 and does not have an updated version of Evernote with the latest features (or even Instagram for that matter). Let’s not even start about games.

By expanding the company’s device base and making apps (universal) work across device platforms, a few developers may be interested (the user base goes from millions to billions). And this is simply because Windows 10 will work across product categories (build one app and the same will be available on a smartphone, tablet and desktop).

More so, Windows Phone has changed a lot, and Windows 10 is the biggest one of all with new design elements. All those hours spent on brainstorming workarounds for the hamburger icon just disappeared; now that it is actually a UI element for native apps.

This is the new Windows and hopefully for the sake of both users and developers, Microsoft does not make any drastic changes going forward. While the future is bright for desktops with a much-needed refresh, Microsoft’s flagship smartphones are definitely not going to sell, at least not out here in the Indian market. This is unless developers (worldwide) are willing to put in some much-needed efforts, which for now is going to take a very long of time.