Asus Apes LG And Nokia For Its Latest Zenfone Smartphones

The Taiwanese company's new phones are inspired by the LG G3 and Lumia 1020. 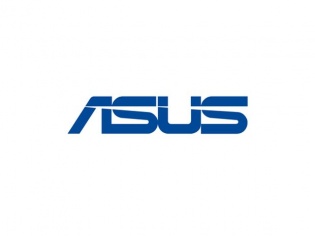 Asus had a good run in the smartphone market with its Zenfone series handsets. Especially, the Zenfone received a lot of love from the consumers. Considering its sturdy construction, sleek design, and performance, the Zenfone 5 is indeed a great deal for Rs 9000. Building on its success, the Taiwanese company made two big announcements at the CES 2015 — the Zenfone 2 and Zenfone Zoom. Both phones run Android Lollipop with refreshed ZenUI interface on top of it. They are quite different in terms of hardware though. To stand out in the crowd Asus has taken inspiration from other companies such as LG and Nokia.

The Zenfone 2 flaunts sharp design and impressive specs. It feature a Full HD 5.5-inch IPS screen. The pixel density hovers over 400 ppi. At the heart is a 2.3GHz Intel Atom Z3580 chipset coupled with 2 GB of RAM. There's also an expensive variant that comes with whopping 4GB RAM. Other features include a 13 megapixel camera, 5 megapixel selfie snapper, and 3,000 mAh battery. Going by the press images, the device sports a classy brush metal finish on the back. On sides, it is only 3.9 mm thick. That's impressive. But, to achieve this feat, Asus has copied LG's rear button placement. The Zenfone 2's volume keys are placed on the back of the device, which is very similar to the G2. To get a better idea, check out the image below: 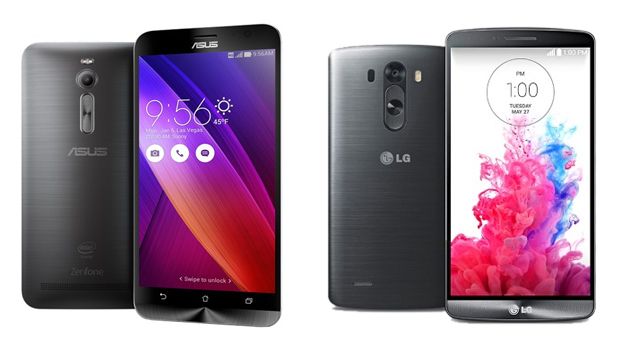 Next in line, the Zenfone Zoom is a market niche appealing mostly to shutterbugs. Most of its specifications are identical to that of the Zenfone. You get a 5.5-inch Full HD screen and Intel Atom Z3580 SoC (System on Chip). What makes it stand out is the large camera sensor. The 13 megapixel camera comes with Optical Image Stabilisation (OIS), first seen on the Nokia Lumia 920. Laser auto-focus tech, introduced on mobile phones by LG with its G3 has also found its way on the Zenfone 2. Then, much-like Microsoft's Lumia camera software, the phone will allow you to play with white balance, exposure, ISO, and shutter speed. And if that wasn't enough, the rear camera sensor has uncanny resemblance the Nokia Lumia 1020. Even the groove around the optics is very similar to that of the Lumia 1020.