Is it only about the metal vs plastic? 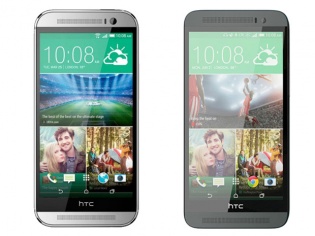 HTC is strengthening its smartphone portfolio with the top-of-the-line One series. Just a few months after releasing the One (M8), the company has outed One (M8) for Windows and One (E8). Since the latter isn't yet available in India, and we will keep it out of the comparison, and find out what separates the One M8 and E8.

Construction And Aesthetic
HTC is one of the very few design driven handset manufacturers. Its One (M8) is undoubtedly the best looking Android handset in the market. In fact, the One (M8) easily matches the iPhone's charm. Much of the credit goes to its unibody and metallic construction. While, the One (E8) sports a similar design, it lacks the premium feel of the One (M8). The E8 feels plasticky, which is a definite turn-off for HTC fans. So as far as the aesthetics are concerned, the M8 is way better than the E8. 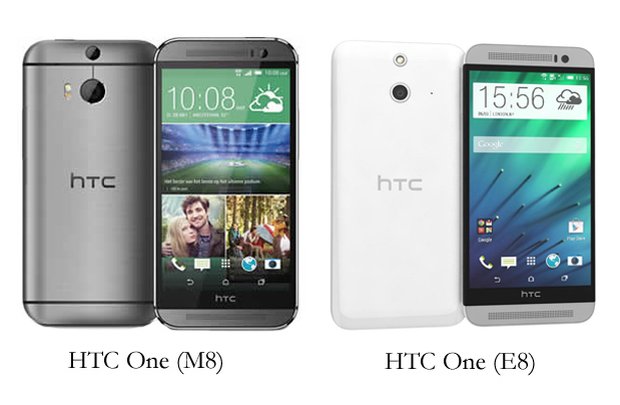 Display
Both the E8 and M8 feature a 5" Super LCD3 capacitive touchscreen with scratch-resistant Gorilla Glass 3. These panels are impressively sharp. The viewing angles are quite good. There's almost nothing separating the screens of these phones. Only when kept side-by-side, I found the M8's screen slightly better at producing colours.

Camera
There's a big difference in terms of camera. The HTC One (M8) sports a 4 megapixel (utrapixel) Duo camera. On the other hand, the One (E8) comes with a 13 megapixel camera that produces sharper images than the M8. However, since the E8 lacks the Duo camera setup, you are going to miss those fancy UFocus and Dimension Plus features found in the M8. Moreover, the E8' low-light performance is nothing to write home about. Overall though, I would still prefer the E8's 13 megapixel snapper over M8's fancy camera. Both the phones have a 5 megapixel snapper for Selfies.

Firepower And Storage
The One (M8) is powered by a quad-core Snapdragon 801 chipset clocked at 2.5 GHz, and there's 2 GB of RAM. Gaming is taken care of by the new Adreno 330 GPU. The One (E8) is powered by the exact same chipset. Indian variants of these phones come with 16 GB internal storage and microSD expansion slot. Software
Both these HTC phones run Android 4.4 (Kitkat) Sense UI 6 on top of it. We really like HTC's customisation. The Taiwanese company has thrown-in eye-candy elements, but hasn't gone overboard with it. Right from the icons to colour schemes, Sense UI 6 is easy-on-eyes. Be it the M8 or E8, you are unlikely to notice any stutter or lag. So as far as the software is concerned, both these phones offer the same experience. However, in all probability, the M8 will receive the Android Lollypop update before the E8. So, if you are finicky about the future updates, the M8 is a better choice among these two handsets. 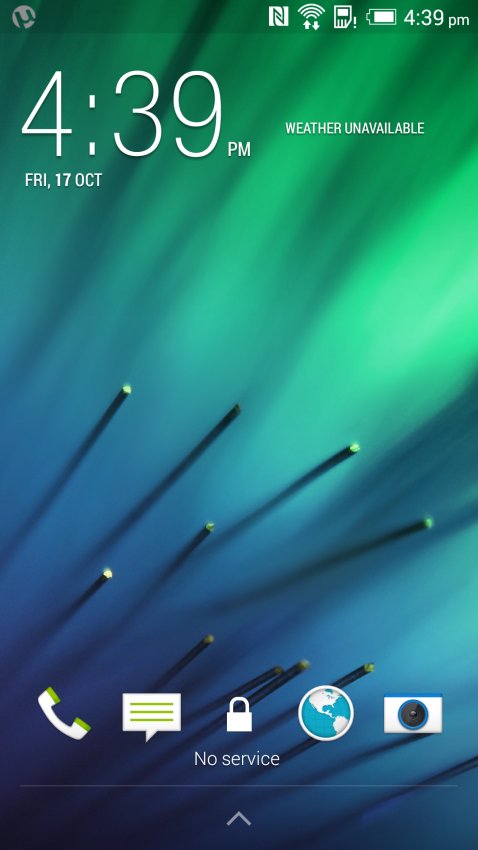 Miscellaneous Features
Like most premium phones, the M8 features a single SIM slot. For better or worse, the E8 is one expensive phone with dual SIM support. However, the M8 is compatible with India's 4G (2300 MHz) LTE band. If 4G service starts in India, you will be able to enjoy it on the M8, but not the E8. Moreover, since the E8 lacks the Infrared port, it doesn't work as a TV remote.

Price
Going with a plastic body has helped HTC keep the E8's price down to around Rs 31,600 (Amazon.in). In comparison, the One (M8) costs Rs 36,800. However, most people prefer HTC over other companies due to the sleek metallic build. Therefore, those willing to spend this much money, might as well stretch the budget and go for M8 instead.