Indian Brands Are Set To Give Windows Phone A Much Needed Push | TechTree.com

Planning to buy a budget Windows Phone? Nokia is not your only option. 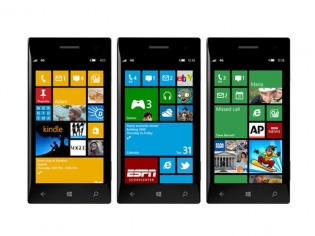 From the cluttered Windows Mobile to classy Windows Phone platform, Microsoft has come a long way. The best thing about WP is that it's not a me-too iOS platform. Microsoft's OS offers a fresh and more importantly 'original' take on the user interface. However, even in its fourth year, Windows Phone platform's market share hasn't reached double-digit figure.

Initially, the absence of popular apps was to be blamed, but there's more to it. One of the biggest reasons for the slow adoption rate is the lack of interest from Sino-Indian manufacturers who rule the budget smartphone segment in India. To address this issue, Microsoft wavered off software royalties on devices with up to 9-inch screen. In effect, Indian brands such as Micromax, Karbonn, and LAVA partnered with Microsoft. Fast forward to a few months, and we are already seeing promising hardware from these manufactures. Next time you shop for a budget WP device, Nokia won't be the only option.

Micromax Win W092
Price: Rs 6500
The Canvas Win W092 is the most affordable Windows Phone meant for the Indian market. We don't know its launch date yet, but it should go on sale in the next couple of weeks. Despite its low-cost, the phone comes loaded with the latest Windows Phone 8.1 platform. It features a 4-inch (800 x 480 pixel) IPS (In Pane Switching) display. It's powered by a 1.2 GHz quad-core Snapdragon 200 chipset with 1 GB RAM. With these specs, the W092 shouldn't have any issue running the latest version of Windows Phone. The dual-SIM handset offers a 5 MP camera, a VGA front-facing snapper for video calling, 8 GB internal storage, and 1500 mAh battery. Considering its price, this device can give the entry-level Android devices a run of their money. 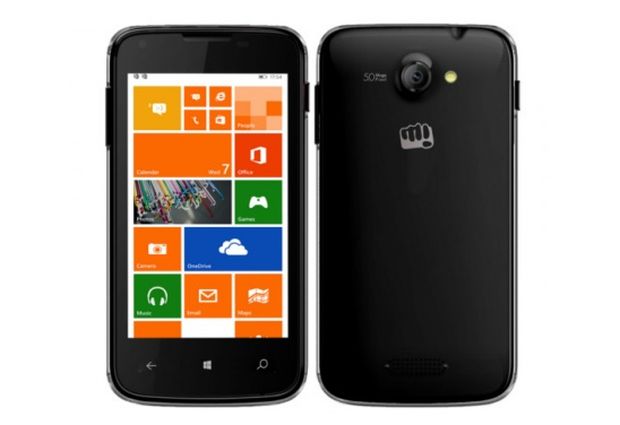 XOLO Win Q900s
Price: Rs 12,000
XOLO's first Windows Phone device sits a notch above Micromax's Win W092. Dubbed the Q900s, this phone flaunts a 4.7-inch IPS HD display (1280x720 pixels). The screen comes with Asahi Dragontrail protection layer that prevents scratches to certain extent. At the heart is a 1.2 GHz quad-core Snapdragon 200 chipset coupled with 1 GB of RAM. In the photography department, you get an 8 megapixel camera with a PureCel sensor, which reportedly performs better in low-light conditions. For selfies, there's a 2 megapixel front-facing snapper. The device comes with 8 GB internal storage, micro SD card slot, and 1800 mAh battery. Another thing worth mentioning here is that the Win Q900s tips the scales at only 100 grams. Amongst the Indian brands, XOLO phones fare quite well in terms of build quality, which should give the Win Q900 an edge over Micromax. Micromax Win W121
Price: Rs 9500
Featuring a 5-inch HD screen, Micromax's Win W121 is targeted at the "phablet" loving crowd. The screen is IPS type, so you can expect good colour reproduction and wide viewing angles. Just like the aforementioned handsets, the Win 121 is powered by a 1.2 GHz quad-core Snapdragon 200 chip. Throw a gig of RAM in the mix, and the Windows Phone 8.1 will sail smooth on this phone. Similar to XOLO's offering, the Win 121 comes with an 8MP camera with an LED flash and 2 megapixel front-facing one. The rest of the specs are a standard Windows Phone affair - 8 GB internal storage, microSD card slot, Wi-Fi, Bluetooth, 3G, and A-GPS. Last, but not the least, the phone packs in a 2000 mAh battery, which should be more than enough considering that the phone runs the optimised Windows Phone 8.1 OS. 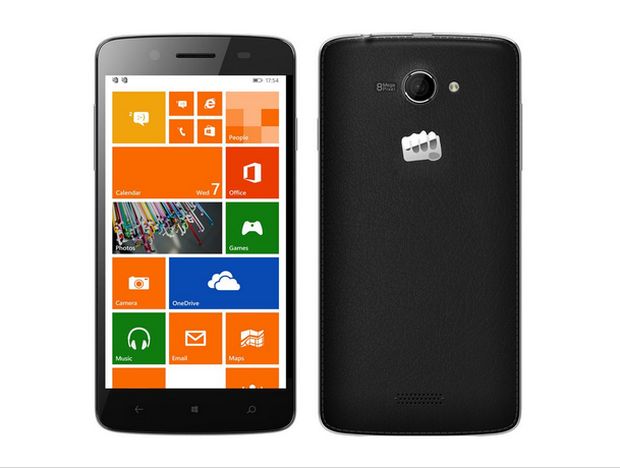