The phone is squarely aimed at the Android-powered Moto G in terms of pricing and specifications. 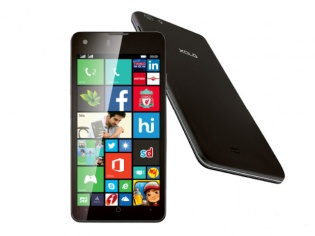 Domestic smartphone manufacturer Xolo's first Windows-powered handset is now available for pre-order on Snapdeal.com at a price of Rs 9,999. The device dubbed 'Win Q900s' will begin shipping sometime in July and will sell at a price of Rs 11,999.

The Xolo Win Q900s features a 4.7-inch HD display (1280x720 pixels) and is powered by a 1.2GHz Qualcomm Snapdragon 200 processor coupled with 1GB of RAM. The device comes with 8GB of onboard storage, which can be further expanded to a maximum of 32GB via a micro SD card slot.

In terms of imaging the Q900s will feature an 8MP primary camera at the rear, along with a 2MP front-facing shooter. The device will support dual SIM cards and connectivity options include 3G, Wi-Fi and Bluetooth 4.0.

The price and specifications of the Xolo Win Q900s put it squarely up against the Android-powered Moto G. The device will also compete with the Micromax Canvas Win W121 which features quite similar specifications. While the chip in the Q900s is less powerful than the one in the Moto G, it should be noted that WP 8.1 is much less demanding than Android on the processor and RAM.

It is yet to be seen how customers respond to these budget Windows Phone devices because Microsoft itself is present in the segment with the Lumia 630. While the Micromax and Xolo devices do offer much more compelling specifications, they'll find it hard to match the build quality and camera performance that WP users have become used to.