Behind friendly logo lies a company that doesn’t give a damn about its employees. Founded in 2001, Amazon.com is currently the world’s biggest online retailer. As you all know, the company now has strong presence in Australia, Brazil, Canada, China, France, Germany, India, Italy, Japan, Mexico, Spain, UK, and US. Founder, Jeff Bezos, wanted the company to appear on top in directories and search results, so he decided that the name must start with letter ‘A’. He finalised the name Amazon since it represents the largest river in the world — apr name for a growing business.

During its rise the company gave hard time to conventional stores with innovative ideas. It was one of the first companies to offer services via smartphone app. Its price check feature lets you find out if you’re getting the best price in the brick and mortar store. All you have to do is scan a barcode of a product from supermarket, and the app finds the same product at a competitive price from Amazon sellers. Little wonder then, this initiative peeved-off many big retailers such as Wall-Mart.

In 2013, Amazon announced its plans to use UAVs (Unmanned Aerial Vehicles) for delivering products to its customers. Called Amazon Prime Air, this ambitious programme promises 30 minutes delivery time just like Dominos. Replace Pizzas with gadgets and delivery guys with drones. Its official website also claims that "One day, Prime Air vehicles will be as normal as seeing mail trucks on the road today." According to Jeff Bezos, the project will be up and running as early as 2015. All we can say is that he’s being overly optimistic about this drone thing. 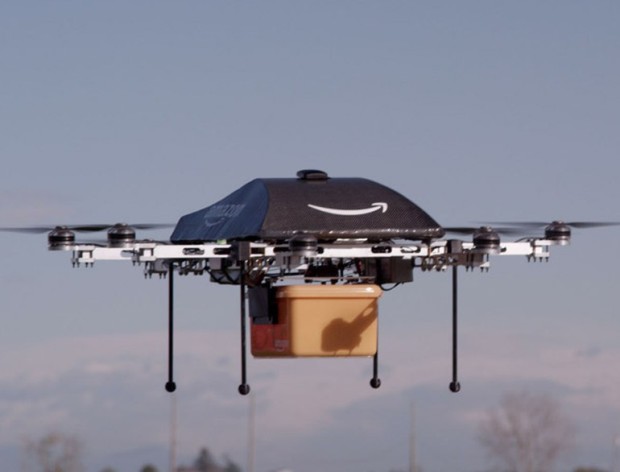 A few days ago, Amazon announced that it’s going to enable user from the US and UK to shop right from the Twitter timeline. The process is quite simple. First you have to link your Amazon account to your Twitter handle. Then, if you like any of the product on Amazon’s timeline, all you have to hit ‘Reply’ and use the hashtag #AmazonCart (US) or #AmazonBasket (UK) to add that product to your cart.

So Amazon is really a hip company striving for innovations right? Well, that’s what it looks like on surface. The moment you go in deep, it looks like a mere eye-wash.

The image Amazon projects with this PR activities is a stark contrast to the ground reality. For instance, when Amazon is boasting about about all those high-tech and fancy drones, its employees have tales of horrors about the working conditions in warehouses. A series of reports published by an American newspaper A Morning Call reveal that Amazon warehouse employees have to work in terrible conditions. One would argue that you can’t expect comfort in warehouse jobs. However, there’s substantial evidence against Amazon. The report states that these warehouses heat up really bad due to lack of proper ventilation. In summers, the workers have to work in energy-sapping temperature north of 90 Degree. Fainting employees is such a common thing that Amazon arranged to have paramedics parked in ambulances outside. Those who couldn't return to work were replaced by new applicants ready to take up the job. Given below is one of many emails sent by Amazon employees to OSHA (Occupational Safety and Health Administration) in the US.

American media bashed Amazon for all this. Needless to say, such incidents have hurt Amazon image. Moreover, disappointing profit margin (mere 1% compared to Ebay’s 17%), investors have started losing faith in Amazon. To make matters worse, analysts predict that Amazon will post an operating loss between $55 and $455 million during next quarter.

After knowing these facts, it’s really difficult not to look at Amazon as a troubled company desperate to pull PR stunts hoping to win investors. Seriously, even if you forget the technical limitations of today’s civilian drones, how on Earth a loss-making company is going to sustain the UAV delivery system? Instead of spending money on robots that can’t be held accountable for delivering stuff, we would really appreciate if Amazon treats its employees well. Having lean workforce is fine, but what Amazon does is borderline exploitation. No doubt Amazon is a huge company and generates billions in revenue. However, we don’t think it’s too big to fail.