Will the drone delivery system really change the game for Amazon? 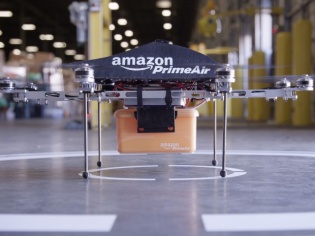 World's largest online retailer, Amazon, has announced its plans to use UAVs (Unmanned Aerial Vehicles) for delivering products to buyers. Named as Amazon Prime Air, the company's ambitious programme promises to put packages into customers' hands in 30 minutes or less using octocopters. Amazon claims that its UAV should be able to carry a 5-pound (about 2.3 kg) package up to 10 miles. Considering that many film-makers have been strapping up to 10 kg camera on commercially available drones, the weight isn't an issue here. However, here are some of the things that will keep the Prime Air project grounded: 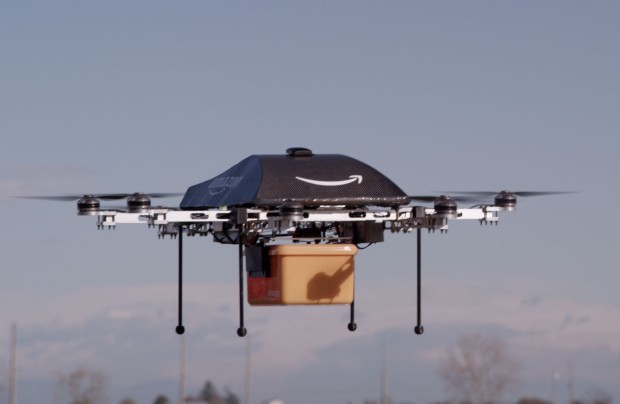 1. Range
Even the high-end octocopters have a range of 1.5 to 2 kms. This limitation can be attributed to limited battery life. With current technology, Amazon will have to find out a way to swap batteries mid-air. Or build several stop-over stations for charging. Refuelling will have to be done more than once for a single flight. Suddenly, the system doesn’t look very feasible, does it?

2. Privacy
The biggest roadblock for Amazon would be the FAA (Federal Aviation Administration) approval. To reach its destination, Amazon's drones will have to fly over other people's property. To track their drones, Amazon might strap a small camera on these UAVs, which will obviously raise privacy concerns. And this is the time when people are paranoid about their privacy, and drones have become a synonym for a spying tool.

3. Safety
The octocopters will likely feature an anti-collision system, but there will still be a possibility of it crashing and getting someone on the ground hurt in the process. Similarly, it's a risky business for Amazon too. A flying robot holding expensive gadgets will undoubtedly be an easy-target for thieves. Seriously, what's easier than shooting down an unarmed drone with expensive belongings, in a country that holds largest civilian firearms arsenal in the world. Playing Duck Hunt? 4. Efficiency
The drones that can carry load don’t come in cheap. Add maintenance cost to that and it’s likely to become one expensive affair. Irrespective of how technologically advanced and costly these UAVs are, they will still lack the street smartness required in this merciless world. Amazon should really consider how UK’s small postal service company created a highly-efficient delivery system without going too high-tech. The Brits use cyclists to deliver letters and parcels in a radius of 12 kilometres. The delivery time is fast since cyclists can easily get through traffic jams. Another thing that makes it successful is the human accountability factor.

Amazon says that the project will see a day of light as early as 2015. I'd say that the company is overly optimistic about the required technological advancement and FAA approval. Its official website also claims that "One day, Prime Air vehicles will be as normal as seeing mail trucks on the road today." Amazon isn't the only one to come up with a similar idea, as an Australian start-up Zookal.com is already planning to test its drone-based textbook delivery system in Sydney next year. Despite our doubts, we wish all the best to both the companies. Before signing off, check out the octocopter demo footage from Amazon.