Here are five smartphones that are worth your money and can challenge more expensive models too. 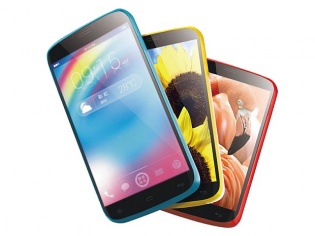 Thanks to the the spec-heavy handsets from domestic players such as Micromax, XOLO, and Karbonn, Indian smartphone buyers are spoilt for choice in the budget segment. To compete with these Sino-Indian companies, the International brands too have started rolling out featured-packed phones that don't cost a bomb. In this article, we're going to look at five sub-15k smartphones that are truly worth your money.

XOLO Play T1000
Price: Rs 14,000
XOLO is known for well-built devices, and the Play T1000 is no exception. The phone flaunts a vibrant 4.7" screen with pixel dimensions of 720x1280. The phone’s NVIDIA Tegra based quad-core processor is clocked at 1.5 GHz, and is coupled with a 12-Core ULP GeForce GPU. This makes the XOLO T1000 one of the few sub-20k smartphones to render the graphics-heavy games such as Real Racing 3 and Dead Trigger in full glory. Other key features include an 8 megapixel rear camera, 1 GB RAM, 4 GB internal storage, microSD card slot, and 2000 mAh battery. The only downer here, is that the phone is still stuck on Android 4.1.1. Read it's in-depth review here. Nokia Lumia 720
Price: Rs 14,500
The Lumia 720 is one of the best looking handsets you can get without crossing the 15k mark. The handset features a 4.3" WVGA IPS screen with ClearBlack tech, which is known to offer deeper blacks. The 720 packs in a 1 GHz dual-core Snapdragon S4 processor with Adreno 305 graphics, which offer a fluid Windows Phone 8 experience. The 6.7 megapixel autofocus camera offers incredible low-light photography. Other hardware features include 8 GB internal storage, microSD card slot, Wi-Fi, 3G, GPS, Bluetooth 3.0, NFC, and 2000 mAh battery. To further sweeten the deal, the Finns have thrown in Nokia Music (free music download for a year) and Nokia Drive (maps). Check it's review here. LG Optimus L9
Street Price: Rs 15,000
LG may have ditched the Optimus series, but the Optimus L9 is still one of the best Android phones under under 15k. It sports 4.7" IPS screen with 960x540 pixels. It features a 1 GHz dual core processor (Cortex A9), coupled with PowerVR SGX540 GPU. There's 1 GB of RAM to aid the device's multitasking capabilities. The 5 megapixel camera with auto-focus and flash is capable of recording HD videos. Other features include Wi-Fi, 3G, Bluetooth 4.0, A-GPS. 3.5 mm jack, 4 GB of internal memory, microSD card slot, and 2150 mAh battery. The Optimus L9 was released with ICS, but the Jelly Bean update is out and runs quite well on this phone. Though it doesn't feature a fancy quad-core processor, this phone is still a very smooth operator. Gionee Elife E3
Price: 13,800
The Chinese manufacturer Gionee has been churning out quite a few good phones for a while, and the E3 is no exception. The phone sports a 4.7" IPS screen with 1280×720 pixels. It's powered by a 1.2 GHz quad-core Cortex A7 processor, and PowerVR Series5XT GPU. Then there's an 8 megapixel rear camera, 2 MP front-facing snapper, 1 GB RAM, 16 GB of internal storage, microSD card slot, and 1800 mAH battery. It's equipped with the dual-SIM support, Wi-Fi, Bluetooth 4.0, and 3G connectivity. The phone comes with Android 4.2 (Jelly Bean) and for further updates Gionee has OTA in place. Much like Nokia's Lumia series of phones, the E3 comes in Blue, Red, Black, and White. Samsung GALAXY Grand Quattro
Price: Rs 14,800
If XOLO or Gionee doesn't cut it for you, here's one Android handset from the world's biggest smartphone-maker, Samsung. The Grand Quattro features a 4.7" TFT LCD screen with 480x800 pixels (don't they love that low resolution screen?). It's the cheapest quad-core phone from Samsung's stable. But it has a Snapdragon 200 chip with dated A5 cores and Adreno 203 GPU, so don't get your hopes too high. Moving along, there's a 5 megapixel auto-focus camera with an LED flash. Other specs include 1 GB RAM, 8 GB of internal storage, microSD slot, and 2000 mAh battery. The phone runs Android Jelly Bean out of the box. There's nothing new in the design department. But on the bright side, it looks much like the S4, so it does have some flaunt value doesn't it?

We included this one specially for the brand conscious buyers. Though it gets most of the job done, don't expect miracles from it just because it's a Samsung. However, it's a much better buy than the bigger Grand from the same company.