Is the BB10 operating system the only thing separating Blackberry and bankruptcy? 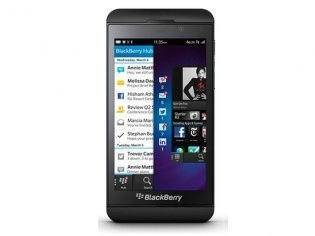 BlackBerry 10 was the focal point of attention, through all of the company's attempts to revive the brand's positioning and relevance to users. Make what you will out of it, but this OS begot them two new highend smart phone releases (Z10 and Q10), a renaming of the company itself, 70,000 apps into the newly renamed BlackBerry World, music and video partners for the BB10 store, revived business user interest, and of course, a huge audience hanging onto every bit of news about it.

Whether the long wait since the announcement of the BB10 was worth it, will be known only when the new devices start shipping. Considering that the (previously discontinued) BlackBerry PlayBook tablet will get the update, we suspect that would be the first place to experience BB10 in action. When the PlayBook was available at fire-sale prices, large quantities were lapped up, so BlackBerry already has a paying audience waiting for the new OS.

Bye bye RIM, hello Blackberry: On January 30th, Chief Executive Thorsten Heins of Research In Motion Ltd announced that the company's name was being changed to BlackBerry, in a move to refresh its image. "BlackBerry is how we're known pretty much everywhere across the world other than North America, so we have an iconic global brand and when you have such a powerful brand, you want to make it central", said Frank Boulben, BlackBerry's chief marketing officer, in an interview. Note that he said 'other than North America'.  The company's market share in the US is less than its global average. And, the US is not in the list of countries first getting the new devices. Is this a sign of Blackberry looking outside of the US market for its new story? That means India should have been in the list of countries getting the initial shipment, but it isn't either.

Blackberry goes multimedia: A day before the BB10 launch, a number of big-name music and video partners were put together for its BlackBerry 10 storefront, ranging from Walt Disney Studios and Sony Pictures to Universal Music Group and Warner Music Group. With this, Blackberry is saying its devices too can be used for fun, rather than just business (but then, Apple got there first). The BlackBerry World content store would include an extensive catalog of songs, movies and television shows. Most movies would be available the same day they are released on DVD, with next-day availability for many TV series.
Two new smartphones: On the same day the new BB10 platform was launched, the Canadian company also unveiled two smartphones at its event. The full-touch BlackBerry Z10 features a 4.2" capacitive touchscreen (1280x768 pixels), a dual-core 1.5 GHz CPU, 2 GB RAM, dual-cameras (8 MP and 2 MP), 16 GB internal storage, micro-SD card slot, HDMI port, NFC/GPS/WiFi support and 1800 mAh battery. The Q10 features the iconic BlackBerry QWERTY keyboard along with a squarish 3.1" touchscreen (720x720 pixels), but the rest of the specs are similar to the Z10.
Customers: The enterprise segment is a clear low-hanging fruit for BlackBerry. Businesses may continue to bite the Blackberry, simply because it is a familiar fruit. If business executives find BlackBerry devices are competitively priced and IT departments find BB10 easy to administer, the trio of Apple/Android/Windows Phone may have to smarten up. They should know how to. After all, they reversed market share in the business smartphone segment in just a couple of years.
Interesting Aside: The operating system version 10 has been lucky in the past, for Apple. Mac OS X released in 2001 when Apple was desperately trying to stay alive in the desktop/laptop business.