RIM To Rename Itself BlackBerry, Hoping For Fresh Start | TechTree.com

RIM To Rename Itself BlackBerry, Hoping For Fresh Start

The announcement was made by Chief Executive Thorsten Heins as the company formally launched BlackBerry 10. 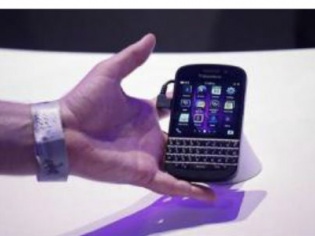 Research In Motion Ltd is changing its name to BlackBerry, the company announced on Wednesday, in move to refresh its tarnished image as it begins marketing a reengineered line of BlackBerry 10 smartphones. The announcement, made by Chief Executive Thorsten Heins as the company formally launched the BlackBerry 10, signals the company's hopes for a streamlined identity as it embarks on a make-or-break drive to regain lost ground in the smartphone market it once dominated.

"BlackBerry is how we're known pretty much everywhere across the world other than North America, so we have an iconic global brand and when you have such a powerful brand, you want to make it central", said Frank Boulben, BlackBerry's chief marketing officer, in an interview.

The switch underscores the close attention the company is paying to marketing as it launches a product considered crucial to its survival. In the past, it was roundly criticized for botching the launch of the PlayBook tablet and other devices. RIM's aging line-up of devices has competed poorly in recent years against the likes of Apple Inc's iPhone and Samsung's wide array of GALAXY devices.

As the company counters with its new line, the name change will allow it to leverage the value of the BlackBerry brand - still a powerful asset in spite of RIM's fall from grace. "Previously we had Research In Motion, BlackBerry, Bold, Curve, Torch, PlayBook - and that dilutes the BlackBerry brand, which is a fantastic asset", Boulben said. "Moving to a branded house model allows us to focus our marketing on one name only". That could be crucial for the company, which has undergone a management overhaul changes and a major restructuring, leading up to the launch of its re-engineered line of devices on Wednesday.

"We thought now was the perfect time to accompany that real change with symbolic change", said Boulben, adding that RIM will change its Nasdaq ticker to "BBRY" and its Toronto Stock Exchange ticker symbol to "BB" in a matter of days. The company will undergo a legal name change after its shareholders pass a resolution to that effect later this year, said a spokeswoman. Until then the company will do business as BlackBerry. Boulben said the company would have a focused marketing push behind the revamped smartphones - a stylish touch-screen device and a more traditional physical keyboard device that many of its die-hard fans adore.