We examine a list features that were expected from the new smartphone, and how many of them turned into reality. 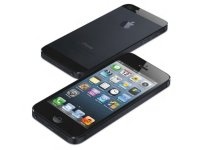 In his keynote address, Apple CEO Tim Cook called the iPhone 5 the most beautiful product they've ever made. The audience was bombarded by phrases emphasising that — including "simply amazing" and "industry's first". That said, the iPhone 5 is indeed impressively slim at 7.6 mm. Despite having a relatively larger 4" screen, it is 18% thinner than its predecessor. According to Apple, as of now — it's two times faster than the iPhone 4S. What else would you ask for?

While the latest iteration gives good reason for existing iPhone users to upgrade, none of the new features can be called groundbreaking. There really was no surprise element here — enthusiasts the world over were expecting at least one! Here's a list of features we expected from the iPhone 5 — and whether they actually made it to the device:


Bigger Screen
With 4.7" screens becoming a norm for Android flagships, it was time for Apple to do a bigger screen. Many people would have been underwhelmed, but I think it was a wise decision from Apple to settle for a 4" display. The smaller screen keeps the phone operable with a single hand.


New Design
The design of the iPhone 4 was so good, people didn't complain much when Apple retained it in the iPhone 4S. This time though, fans were expecting a completely redesigned iPhone — something that would make other devices look boring. Apple (naturally) refers to the iPhone 5's design as "all new", but I find that hard to agree with. It's impressively thin, but apart from that... well, it looks just like a taller iPhone 4. Don't get me wrong though — design-wise, it's way better than the Samsung GALAXY S III (GS3). Faster CPU
Fans were expecting a faster CPU in the iPhone 5, to keep up with the powerful droids. Apple did deliver in this department by introducing the A6 chipset. I'm sure the iPhone will run smoother than ever with this faster processor. The only gripe I have here is about the scarcity of details regarding the SoC: Apple hasn't made it clear whether it's the dual-core Snapdragon S4 chip that figures on the Nokia Lumia 920, or a quad-core SoC that will humble the GS3's Exynos 4.


Better Camera
The iPhone 4S' camera is very good, but we were hoping for something even better from the new iPhone. The idea of a 12 mp iSight camera didn't seem too ambitious. Sadly, Apple decided on an 8 mp camera with built in support for Panorama instead. It's a subjective matter — are Lumia 920's photography features (Cinemagraph, Smart Group Shot) better than Apple's Panorama? In spite of that, Nokia's floating lens image stabilasation technology definitely gives the Lumia 920 an edge over the iPhone 5.


Maps And Navigation
After kicking out Google's mapping solution, Apple has developed an impressive-looking Maps application. According to the company, the app provides turn-by-turn spoken directions, interactive 3D views, and the Flyover feature — all of which will give the iPhone 5 an edge over its Android counterparts. However, we don't yet know whether Apple's Maps service will work in India.


NFC
Apple probably thinks NFC isn't popular enough to be used in cell phones. Although I don't see NFC getting popular in India anytime soon, Apple should have implemented it anyway to make the iPhone 5 future proof. On the other hand, Apple did add 4G LTE support.


Surprise Feature
...And here's the most important thing the iPhone 5 failed to deliver: The Surprise Feature could have been anything from wireless (induction) charging to a bottle opener. Last year, it was Siri, but this time there's nothing that can give Apple fans bragging rights. Nokia's pre-emptive strike — with the Lumia 920 and its novel features — could be partly to blame.

With the latest iPhone, Apple has played the catch-up game. Still, with its fluid UI and strong app ecosystem, don't be surprised if the iPhone 5 outsells every other handset in the market.

i think there is really nothing more that apple could have done. People are expecting miricles rather than innovation. Also people go on and on about NFC not being included. I think the added benefits of NFC aren't all that attractive at the moment. Also, since apple doesn't want to allow file transfers of any type, what difference would the NFC make to the average user?
Submitted by MutedCleric on Fri, 14/09/2012 - 09:54

Sorry about that. We've had a lot of spam coming in lately, and your comment was probably mistakenly deleted along with it. It has now been restored above. I'd like to make it clear that we do NOT under ANY circumstances delete critical comments, even (and especially) those with a negative opinion of TechTree. The only exception is of course if they are extremely abusive.
Submitted by Badri 'BADJAG' Narayan on Sun, 16/09/2012 - 00:51
News Corner